Former State of Origin player Reynolds is Brett Hodgson's first signing as Hull FC head coach and joins on a two-year contract with an option for a third year.

Josh Reynolds will strengthen Hull FC's options in the halves in 2021 after agreeing a move to Super League on a two-year contract.

The 31-year-old joins new Black and Whites head coach Brett Hodgson in moving to the KCOM Stadium from NRL side Wests Tigers, with his deal including an option for a third year.

Hodgson believes stand-off Reynolds will complement Marc Sneyd in the halves for the team when next season gets underway and hailed the attacking attributes of his new signing.

"Josh is an elite player," Hodgson said. "He builds his game around work-ethic and effort, and that's what we are after here at the club - he'll be a real leader for us.

"He's played Origin, Grand Finals, and Prime Ministers XIII matches - he's been involved in the game for a long time - he has played at the highest level and he will bring that experience with him.

"He is the sort of player who will bring out the best in the other players around him - the opportunity to see him work together on the field with Marc Sneyd is really exciting.

"They can complement each other really well with their two different skill-sets; he is a runner of the ball and will find opportunities to attack out of nothing."

The signing of Reynolds may mean Jake Connor's future at Hull FC lies at full-back, having played there as cover while Jamie Shaul was out injured in during the final three matches of the 2020 season after spending much of the year in his preferred role in the halves.

For his part, Reynolds arrives at the club with an impressive CV which includes helping New South Wales to a State of Origin series triumph in 2014, and helping Canterbury Bulldogs reach the NRL Grand Final in 2012 after finishing as minor premiers and returning to the final two years later.

In total, he made 138 appearances and scored 41 tries during 10 years with the Bulldogs before making the switch to Wests ahead of the 2018 season where he partnered Luke Brooks and Benji Marshall in the halves.

Sydney-born Reynolds is now looking forward to the new challenge which awaits him in Super League after becoming the first signing of the Hodgson era at Hull FC. 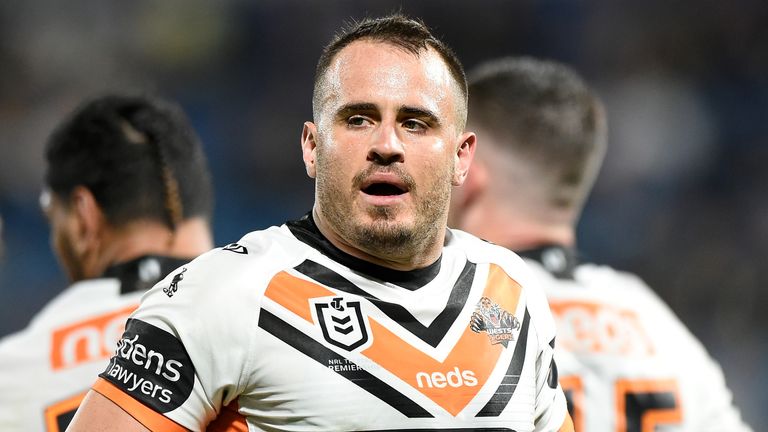 I'm really excited and proud to be joining a club like Hull FC, they're a big club with great heritage and a very passionate set of fans.

"I'm really excited and proud to be joining a club like Hull FC, they're a big club with great heritage and a very passionate set of fans," Reynolds said.

"I've heard a lot about the club and their vision, which is exciting, and I'd love to get over to the UK and try to win a trophy with them.

"They've won the Challenge Cup up a couple of times recently which looked like great occasions to be part of - and so do the derby games [against Hull Kingston Rovers].

"The stadium looks class. I can't wait to run out there for the club and start the next chapter in my career, I'm really ready to rip in and get started. I'm excited about what the next few years has in store."