Three first-half tries from Hull FC proved enough to secure victory over the Rhinos at Headingley in Sunday's live Super League match. "We need to look at ourselves and how, in a good defensive performance, we've managed to concede 18 points," Richard Agar said

Richard Agar rued a handful of defensive lapses that ended in his side being beaten 18-12 by Hull FC at in Sunday night's Betfred Super League clash.

The visitors scored three tries in the first half at Emerald Headingley as they clinched a close six-point victory on a wet night which saw 4,000 fans admitted to Headingley for the first time in over 14 months.

Twice Josh Griffin broke past Leeds centre Konrad Hurrell, once to set up Adam Swift to cross and then to score a try of his own and Agar conceded one-on-one misses proved costly at their home stadium.

Hull hold off Rhinos for victory

"We felt we did a lot of things right during the game," Agar said. "We got our defence organised really well, we withstood some early pressure.

"I'd say I'm quite happy with the defensive performance, but we've had a few one-on-one misses that really hurt us on the scoreboard.

"We need to look at ourselves and how, in a good defensive performance, we've managed to concede 18 points."

The Rhinos had possible tries for Richie Myler and Tom Briscoe ruled out by the video referee and Agar believes the call against Briscoe's second-half effort was questionable. 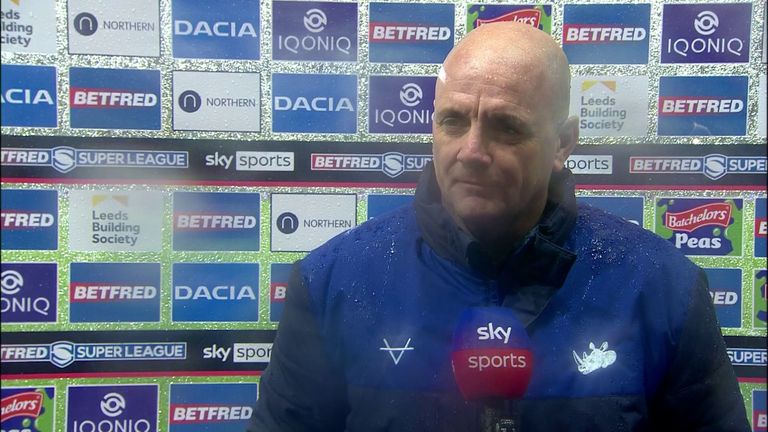 "I felt the referee was very, very quick to get his whistle in his mouth and the tackle was still going on," Agar said. "I thought that was a pretty massive call in the context of the game.

"It's hard to say whether we didn't get the rub of the green or not. I'll have a look at it, but there seemed to be a lot of question marks from a couple of people."

Hull head coach Brett Hodgson has hailed his team's resilience after they held on to victory in the tight contest.

The Black and Whites took an 18-8 lead into half-time and were under siege for long periods in a wet and wild second half. 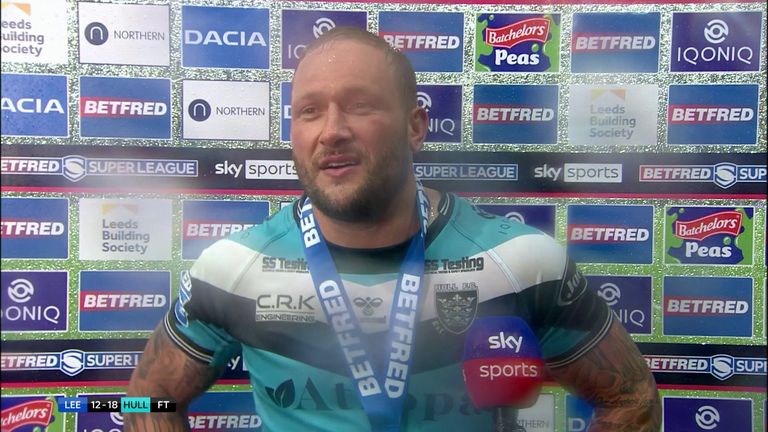 But the visitors managed to keep the Rhinos at bay at Headingley, only conceding a late try to Briscoe to notch their fourth league win of the season.

"It was a tough game to watch, the conditions obviously made it very difficult," Hodgson said. "But our resilience, our willingness to defend our try-line was outstanding.

"I'm really happy with the result. Our willingness to fight for our try-line was unbelievable. The team effort was excellent.

"Obviously we're not happy with our completions in that second half. We spoke about what it takes to win a game for 80 minutes against Leeds. 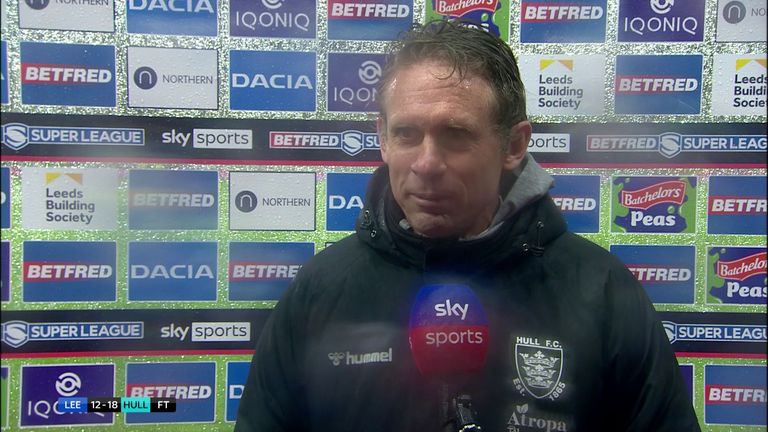 "We had to be good defensively and thankfully we were. It is a big win, and in the context of last week's result we wanted to make sure we got back to that winning form."

Hull scored all three of their tries on Leeds' right edge and Hodgson admitted his side targeted Hurrell.

"We had a plan going into the game, sometimes those plans don't always come off," Hodgson said.

"But I thought the footwork prior to actually catching the ball that Josh Griffin had to make Konrad Hurrell slip over and find the space that he did, I'm really happy for Josh."