Man of Steel 2021: Super League reveal the five nominees for this year's award

The winner of this year's Steve Prescott MBE Man of Steel award will be revealed at the Betfred Super League Awards on Monday, October 4. Watch the awards ceremony on Sky Sports from 8pm

The five-man shortlist for this year’s Steve Prescott MBE Man of Steel award has been revealed, with a former winner and several first-time nominees included.

The shortlist, drawn from the points awarded each round by the Man of Steel panel over the course of the regular season, is an all-English list for the first time since 2014, and Catalans Dragons star and 2012 winner Sam Tomkins is among those up for the prize.

Nominees from each side of Hull's rugby league divide in Jordan Abdull and Jake Connor feature too, along with St Helens half-back Jonny Lomax and Warrington Wolves' Gareth Widdop.

This year's Man of Steel will be revealed at the Betfred Super League Awards on Sky Sports on Monday, October 4 at 8pm and we profile the five contenders here…

Abdull's form this season has been a huge part of the Robins reaching the play-offs for the first time since 2013 - a season where many had tipped them to be fighting it out at the opposite end of the table.

A late-season injury coincided with Hull KR's form taking a dip at a pivotal time, but his return against Castleford Tigers in Round 24 helped the Robins to a crucial win which ultimately secured them a play-off berth.

A total of 13 assists and four tries in 13 appearances for Abdull this season show why he was pushing towards the top of the Man of Steel leaderboard throughout the season. 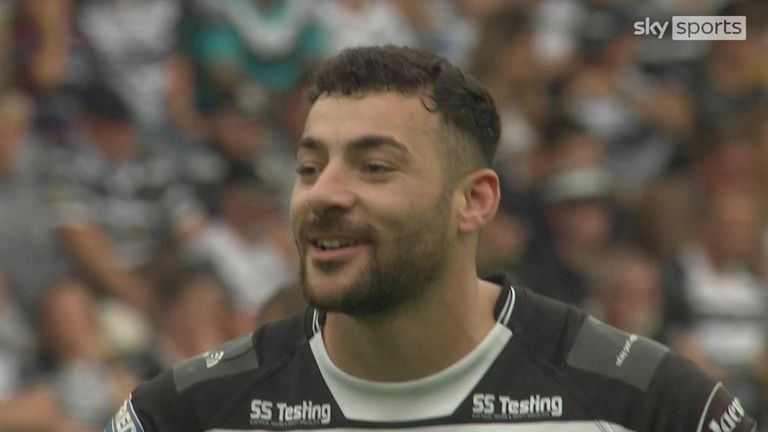 No one can argue that Connor has not been in formidable form for Brett Hodgson's Hull FC side this season.

Finding his spot as first-choice full-back in the absence of Jamie Shaul, Connor's influence across the team has been evident all year. His ability to take on the line, find space and create attacks is exceptional.

Second only in the try assist charts to Josh Drinkwater, Connor has been involved in an impressive 28 out of Hull FC's 67 tries this year, delivering 22 assists and crossing the whitewash six times himself.

A first Man of Steel shortlist nomination feels long overdue for the Saints star, but it is that consistent level of top performance which has cemented Lomax's place as one of the best players in the competition.

Lomax's ever-dependability has seen Saints win back-to-back Super League titles and given them a real chance of making it three-in-a-row this season.

It is often said that stats do not always tell the full story and Lomax's influence on the team can easily be overlooked when a team is performing as well as St Helens have this season.

However, his ability to control the game from the middle and create opportunities with ball-in-hand compliment his team's attacking ethos perfectly and his 14 assists in 17 appearances are proof of that. 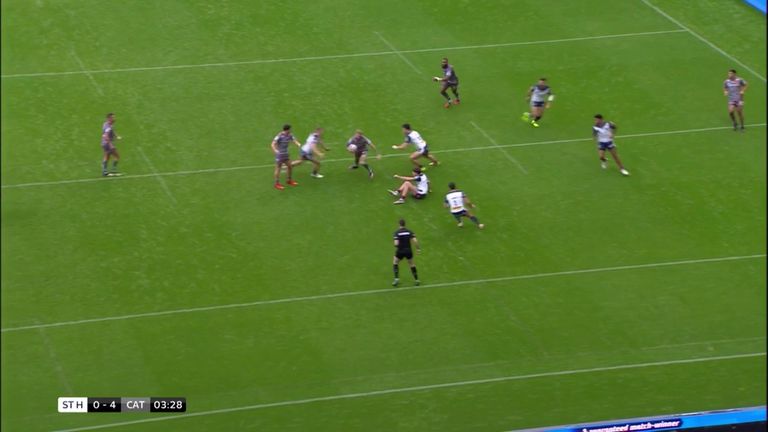 The Dragons have made plenty of headlines in 2021, including lifting the League Leaders' Shield for the first time and it is their spine, led by mercurial full-back Tomkins, which has pushed them on to being 80 minutes from a first Grand Final.

The 2012 Man of Steel winner has settled into life in the South of France and the playing group Steve McNamara has assembled around him is helping to bring out the best in Tomkins this season.

Leading the Man of Steel rankings when the votes went dark after Round 18, Tomkins' influence on the Dragons performances cannot be underestimated. Be it line-breaking kick returns, attacking the defensive line with devastating effect or try saving tackles Tomkins has been immense for the French side.

In 19 appearances this season, Tomkins has been directly involved in 30 of the Catalans' tries, racking up 10 of his and providing an impressive 20 assists - not to mention making an impressive 66 tackles busts. 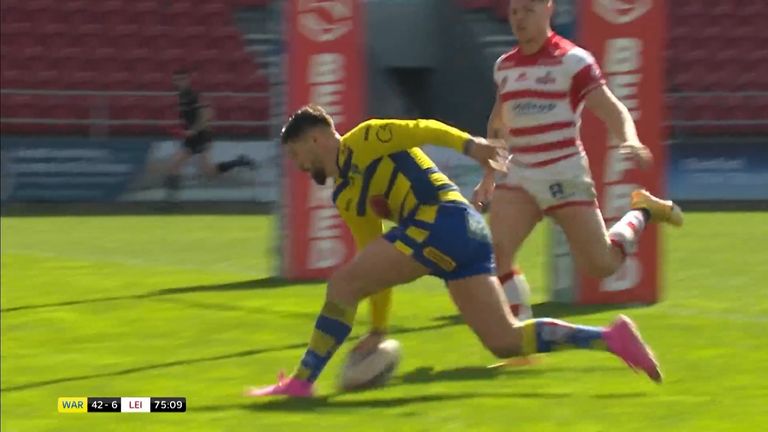 After an injury and Covid-disrupted first season in Super League for Widdop, the England international would have come into 2021 with big expectations of helping Wolves reach the Grand Final and, to date, he has not let the team down.

His leadership in the middle of park along with a quick-thinking rugby brain saw Widdop claim early-season plaudits. An impressive personal tally of 10 tries and 13 assists shows the creative impact he brings.

His half-back partnership with fellow England player George Williams, who joined from NRL side Canberra Raiders midway through the season, is showing signs of being a great combination for Warrington too.