St Helens edged out Catalans Dragons 12-10 in this year's Grand Final to claim a third-straight Super League crown, but what lies ahead for both clubs?

The champions will have a different look next year due to some important members of the squad departing, while the Dragons want to ensure they continue their quest to become the first overseas team to lift the title.

Here, we look at questions facing both clubs heading into the off-season and how they are planning to address them…

Saints: Can young guns step up as big names depart?

Grand Final player of the match Kevin Naiqama is not the only member of Saturday's victorious line-up who will be departing the club now the season is over, with full-back Lachlan Coote moving on as well.

Added to that, Saints are saying farewell to Theo Fages, James Bentley and the retiring Joel Thompson, although have already mitigated the departures of the latter two by signing back row pair Curtis Sironen and James Bell from Manly Sea Eagles and Leigh Centurions respectively.

It is not the first time the team has bid farewell to influential players after a successful season either, but head coach Kristian Woolf admitted Naiqama and Coote will be difficult to replace - not just for what they bring on the field, but off it as well

"It's extremely hard," Woolf said. "I think [St Helens captain] James Roby said before the match how it's no coincidence these guys come along and the three years they've been here, the club has won three premierships. It's a collective thing, but they're a big part of that.

Grand Final player of the match Kevin Naiqama on an emotional year and signing off with St Helens in the perfect way.

"We've got a really strong basis of a group and there is going to be some transition, and we will be a different team next season. But we've lost some really good players over the last two years - guys like Luke Thompson, James Graham, Dom Peyroux and others - as well."

At the same time, the departure of Coote will give Jack Welsby the opportunity to make the full-back role his own after being understudy to the Scotland international and filling other roles in the team while waiting for his chance.

Fellow Saints academy product Lewis Dodd has started to show he can be a more than capable replacement for half-back Fages as well, while former York City Knights player Joe Batchelor put in a quietly impressive display in the pack against Catalans. 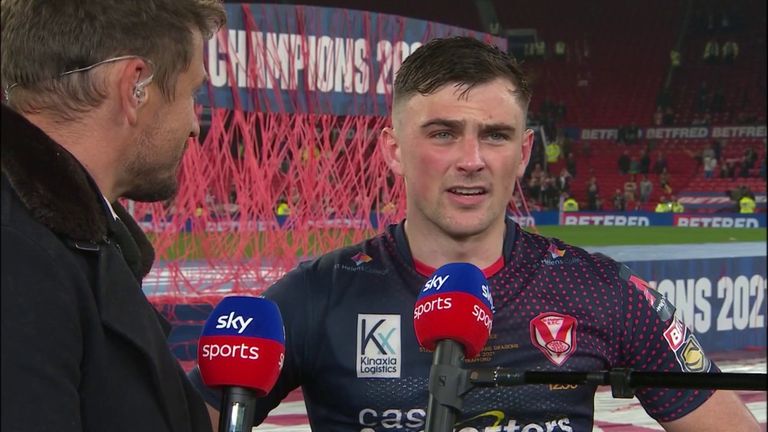 "We're comfortable with the fact we've got a couple of outstanding kids coming through the system," Woolf said.

"Jack Welsby has shown it all year, he showed it last year and he came up with some big plays. Lewis Dodd is outstanding as well and they're two of the best kids I've ever worked with - and I've been lucky enough to work with some really good kids.

"Joe Batchelor is another one - they've all shown they can step into this team and not just replace but add their own little bits and their own parts to make us the same sort of team and same strength as a team."

The Dragons' success in 2021 has come thanks to some headline-grabbing performances by their overseas stars like Man of Steel Sam Tomkins and former Australia international stand-off James Maloney, the latter of whom is joining Lezignan in the French domestic league.

But head coach Steve McNamara was quick to praise his French contingent, including captain Benjamin Garcia and hard-charging prop Julian Bousquet for their roles in helping Catalans clinch a historic League Leaders' Shield success and reach a first Grand Final.

Added into that are up-and-coming home-grown talents like Arthur Mourgue - likely to be Maloney's long-term replacement and capable of filling in for Tomkins at full-back - and Matthieu Laguerre, and McNamara sees those all as key contributors.

"People talk about the young French players we've got, but guys like Ben Garcia and Julian Bousquet are as good as any player in the competition," McNamara said.

"They don't quite get the credit they deserve, and the Dream Teams disappoint me at times because they are some of the best players in the competition. 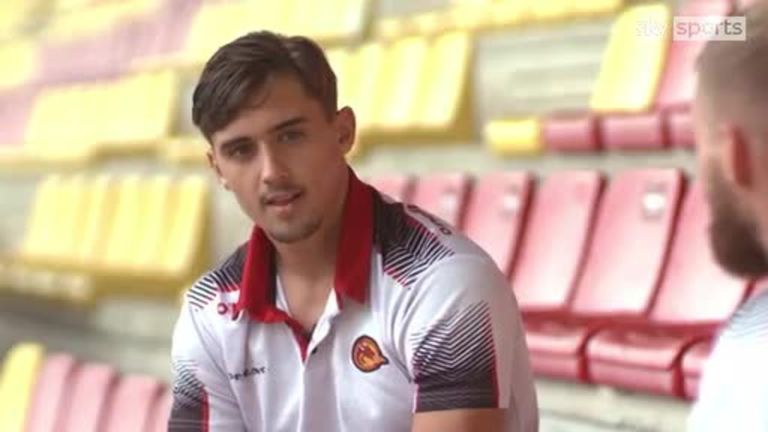 "Yes, our young players are coming through, but across the board everyone has played their part. I am so please there are some young French players who are getting opportunities."

The aim now is to ensure this Grand Final appearance does not become a one-off for the Dragons, with the knock-on effects for rugby league as a whole in France clear for all to see.

Toulouse Olympique winning promotion to Super League for 2022 as well has given hope of a boom time for the sport in the country, and McNamara knows this is an opportunity his side cannot let slip away.

"What it has done is open up a brand-new market and exposed everybody to a whole new market with Catalans and French rugby league," McNamara said.

"It has opened things up, and everybody's eyes and ears as well to what can be achieved if we give teams the opportunity.

"We've been given that chance and we've taken some big steps forward. It's been a huge effort from everybody at the club."