Having worked together at Leigh Centurions and Toronto Wolfpack, Brierley and Rowley are now reunited at Salford for the 2022 Betfred Super League season; "He trusts me with my judgement and that's probably the best compliment you can get from a coach, that they trust you," Brierley said

If you have ever spent any time in some of the more far-flung corners of the British professional rugby league map, it would perhaps be no surprise if on one occasion you had spotted Ryan Brierley and Paul Rowley in attendance.

The duo, once again reunited at Salford Red Devils, have spent many a day when their team are not playing out on the road in an effort to glean as much knowledge of what their rivals and other clubs are up to in the single-minded pursuit of winning.

It underlines how much their long-standing relationship goes beyond that of just player and head coach, and although Brierley believes that obsessive side of their nature has toned down a bit in recent years, they are still on the same page about a lot of things.

"We've both probably relaxed a bit now," Brierley said. "But when we were a little bit younger, we were just obsessed with the game and trying to find out different ways [of doing things].

"We've probably become a bit more content in what works for us both, both on and off the pitch. He trusts me with my judgement and that's probably the best compliment you can get from a coach, that they trust you.

"Even little things happening in training, he's always come to me and asked my opinion of it.

"There are days we speak for hours on the most minute of situations, but it's because we want to win, and probably the best compliment I can give him is he is a winner and that's infectious throughout a club." 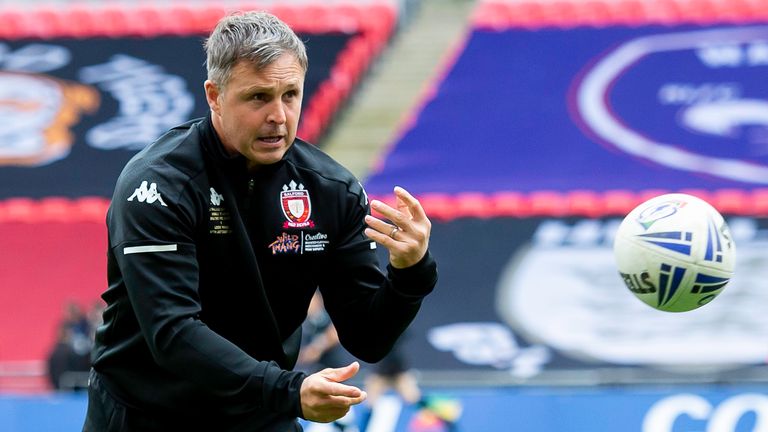 I've tried to get this club to sign him ever since I've been here because I've never been at a club and not had Ryan with me - and there's a reason for that.

It was seemingly inevitable Rowley, unveiled as Salford's new head coach last month following the departure of Richard Marshall, would bring Brierley to the AJ Bell Stadium having first signed him at Leigh Centurions as a 17-year-old and then bringing him to Toronto Wolfpack in 2017.

Indeed, he had been trying to convince the Red Devils to sign the 29-year-old since joining the club as a coaching consultant during Ian Watson's tenure and the former Super League hooker has not been disappointed with what he has seen so far.

"I've seen exactly what I knew," Rowley said. "I've tried to get this club to sign him ever since I've been here because I've never been at a club and not had Ryan with me - and there's a reason for that.

"He's class, is the best way of putting it, and he scores tries. He's an absolute student of the game, a rugby nerd, and we've spent many a day together going places and watching a game of rugby.

"I trust him as a player and for someone like Ryan to be in the environment, he's one of those people who will do the off-field work meticulously and the more people like that the more it becomes infectious."

Brierley has joined after spending 2021 in a second spell with Leigh which saw him adopt the role of full-back on a more permanent basis, having played a large part of his career as half-back.

Wearing the No 1 shirt is something he has come to embrace, having been reticent to play in that position earlier in his career, and although the Centurions were relegated after just one season back in Super League he reflects on last season as one which produced plenty of personal positives - not least of all his 10 tries being the most scored by a regular at full-back in the competition. 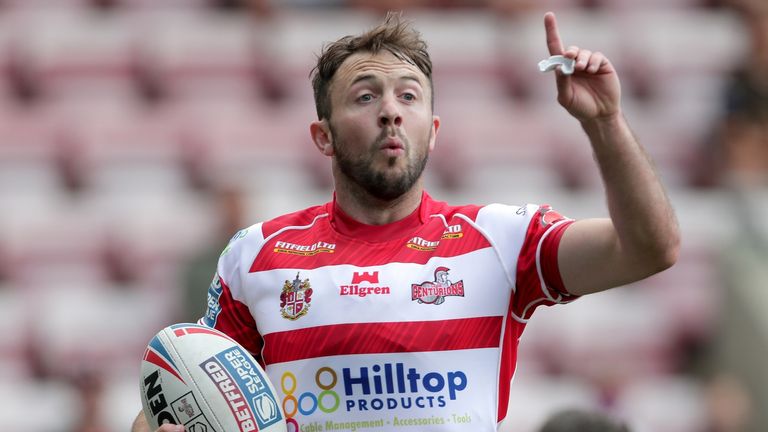 I never really wanted to play full-back, I wanted to be that dominant half-back, but it probably didn't suit me, and I've managed to find a free role where I can get involved.

Focusing more on his own game rather than worrying too much about what the opposition are doing has helped him as well, while Brierley believes he is feeling further benefits from the insights Salford assistant and former Great Britain international Danny Orr has given him during pre-season.

It is a position he may have the chance to star in for Scotland when the postponed Rugby League World Cup rolls around at the end of the 2022 season too, but for now his focus is solely on doing what he can to help the Red Devils improve on this year's 11th-placed finish.

"I felt like the penny dropped on a lot of stuff and I probably accepted the role a lot more," Brierley said of his more permanent move to full-back.

"I never really wanted to play full-back, I wanted to be that dominant half-back, but it probably didn't suit me, and I've managed to find a free role where I can get involved. 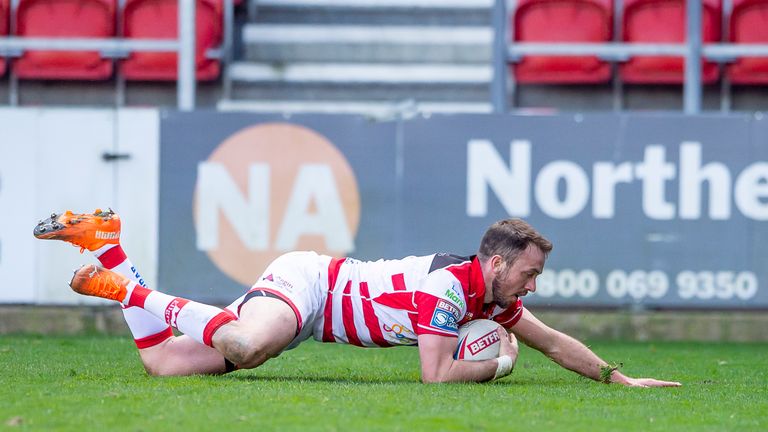 "I've found the comfort in what works for me, not being too worried about the opposition and letting them worry about what we've been working on in the week.

"I'm more accepting of just wanting to win. We didn't see many of those [at Leigh], but I'm in a team where I'm wanting to try as hard as I can and win as many games as possible."