As a youngster tearing it up on the playing fields of the Yorkshire Junior League with Newsome Panthers, Harry Newman barely gave a thought to what maximum speed he reached or what levels of intensity he was playing at.

But since progressing to Leeds Rhinos' academy set-up and now as an established Betfred Super League player, those numbers are part and parcel of life for the 22-year-old thanks to the GPS statistics collected through the Catapult Sports vests worn by the players during games and training.

This year's Magic Weekend will again see Sky Sports bringing live data tracking top speed, game intensity and distance covered to viewers, and for the players like Newman they are metrics which provide a valuable input to how they are performing.

"Growing up and coming through the ranks as a kid, you don't think about your GPS stats," Newman, who set the top maximum speed of 21.25mph on day one of last year's Magic Weekend, told Sky Sports.

"But when you get to playing at this sort of level it all matters, being able to put those sorts of outputs out in the back end of games helps you become a better player.

"If you can do it better for longer, then it gives you a better chance of performing at the highest level you want to perform at."

As a three-quarter, speed and intensity are two of the statistics Newman pays the most attention to, although a suspension means he will be a spectator this year when his Rhinos team-mates take on Castleford Tigers in the final game of day one at St James' Park. 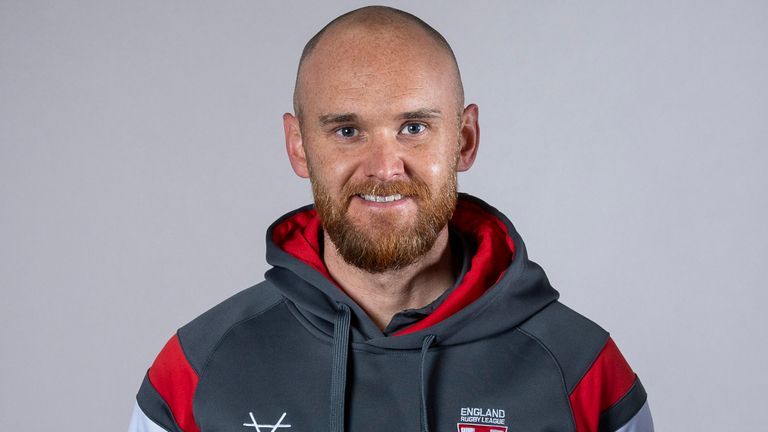 I don't think people realise the volume of data in sports and how people are using that to understand when to push an athlete, when to make it easier for an athlete, and then ultimately it makes the game-day much more exciting.

As far as the 12 Super League teams are concerned though, the data goes a long way towards informing their preparations for matches in ensuring players are able to perform at their best at the points when games are at their most intense.

"There are two things," Professor Ben Jones, RFL and England performance and research lead, told Sky Sports. "People get to see how hard the athletes are working, but people also get to see how much detail goes into supporting athletes to perform at their best.

"I don't think people realise the volume of data in sports and how people are using that to understand when to push an athlete, when to make it easier for an athlete, and then ultimately it makes the game-day much more exciting.

"One really important way to think about when we look at match demands is how do we prepare athletes not just to survive in those hardest periods but thrive in those. Ultimately, it's not just about blindly running.

"It's about being able to run and have good decision-making, catch, pass, kick, make those really tough decisions in the heat of the battle. We've been able to do that, and coaches and support staff and clubs have prepared to do that and you see that in games."

It is 15 years since the first study into tracking players with GPS was conducted in rugby, with one forward and one back wearing a tracker during a game.

Since then, it has rapidly evolved to nearly all players wearing vests and it will not be long before they are equipped with instrumented gumshields which will track the load players' heads are exposed to.

Much of the advances made with this data in rugby league have come about through the clubs and the sport's governing body collaborating and sharing information with each other, and Professor Jones is in no doubt that player welfare and performance now go hand in hand.

Look back on the leaders in top speed, intensity and distance covered from the 2021 Super League Magic Weekend in Newcastle.

"One thing we have seen is it's not about how hard people train, it's how people train to perform at their best," Professor Jones said. "It's not about making people tired, it's about doing a training session to allow people to adapt to that.

"The GPS allows us to understand where we're trying to get to in terms of the hardest part of the game and the best way we can train to that. That's really important because if we can train players effectively and efficiently, we reduce the risk of injury, we increase the performance.

"That's a player welfare benefit and I think where we are now, performance and player welfare are the same thing. Helping players perform better and good player availability is good team success as well."

Newman is grateful for the fact the data is being used to enhance player welfare as well as the levels of performance they can reach. It's great for us players to be able to see what we can achieve as athletes. We do all the training and work hard to be able to provide that because, at the end of the day, we're entertainers and that's what we're here for.

And knowing the heights he and his fellow Super League player can scale in various performance metrics, particularly in the toughest part of games and for the full 80 minutes, serves to drive them on to achieve even greater heights.

"It's great for us players to be able to see what we can achieve as athletes," Newman said.

"We do all the training and work hard to be able to provide that because, at the end of the day, we're entertainers and that's what we're here for.

"To be able to see it live and know what we're hitting in games is great."