Rhinos head coach Rohan Smith on the importance of his family and what has been behind the run to the Betfred Super League Grand Final; watch this year's Grand Final between Leeds and St Helens on Sky Sports Arena and Main Event from 5pm on Saturday (6pm kick-off)

As he glanced at his phone in the aftermath of Leeds Rhinos clinching a place in this year's Betfred Super League Grand Final with a 20-8 victory away to Wigan Warriors, the first congratulatory message Rohan Smith noticed was from back home in Australia.

It was from his father, Brian, the man who enjoyed an extensive coaching career both on these shores and in his homeland, telling his son of his pride at what he has achieved in just five months since taking up the post of Rhinos head coach.

Then there was the phone call to his wife soon after the final hooter at the DW Stadium, who will be there at Old Trafford on Saturday along with their children to watch Leeds take on St Helens in the Super League showpiece, live on Sky Sports.

Whether it is his father's lessons in life as well as rugby league, or the support of his partner, Smith puts his family at the forefront of everything he does.

"The first message I saw once I looked at my phone after the game was from dad, and he's very proud," Smith said, recalling the aftermath of last Friday's semi-final victory over Wigan.

"He's had a massive impact on lots of the coaches who have had success through Super League and I'm one of those. I'm very thankful for the opportunities he has given me in the background, and education in sport and life.

"We've been on the journey for a long time, and we've been fortunate to do some great things together as a family.

"My family are very much part of what happens on a day-to-day basis around my work, and it will be cool to have them there on Saturday night." 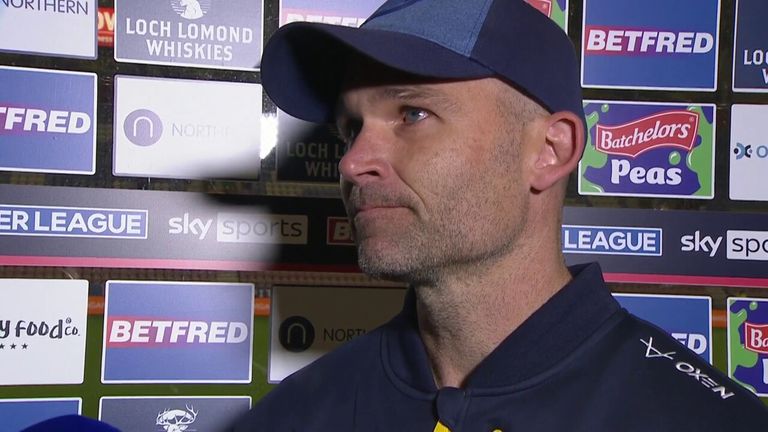 Unsurprisingly, much has been made of the turnaround the Rhinos have experienced since Smith took the reins at Headingley in May, having risen from being among the relegation contenders 10 rounds into the regular season to standing 80 minutes away from a first league title since 2017.

For his part, Smith credits the wins against Toulouse Olympique and Hull Kingston Rovers overseen by his now-assistants Jamie Jones-Buchanan and Sean Long at the end of April just prior to his arrival as the start of the Rhinos' revival.

But those who have been working with him on a day-to-day basis are in no doubt he has brought a new approach from which the team are reaping the benefits.

"He's come in and added his own bits on the team and he's probably just calmed the place down as well," Leeds centre Liam Sutcliffe said. 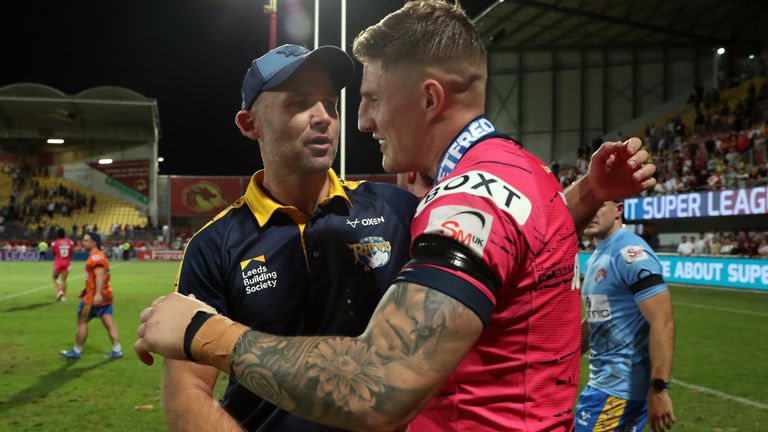 He's allowed everyone to express themselves and play what they see, and I think you can see players really thriving on what he's bought in.

"There was a fair bit of anxiety at the start of the year with things not going so well, and he's added a real calmness to the group as well as the things he wants us to implement on the field.

"Obviously everyone has bought into it, and you can see that in our performances since he has come in, which have been great to see.

"He's allowed everyone to express themselves and play what they see, and I think you can see players really thriving on what he's bought in."

Smith's approach is orientated around fostering a feeling of togetherness in the squad while at the same time taking a gradual approach to changing things from observing rather than just imposing any preconceived ideas from the minute he walked through the door.

"I was focused on coming in and being myself, but also being aware of what the group needed from me," Smith said.

"There were some aspects of how we play and interact around the place I feel strongly about and voiced my thoughts on pretty quickly.

"There is no one way of doing it, but we've evolved a little bit and it's starting to look like how I think it can look." 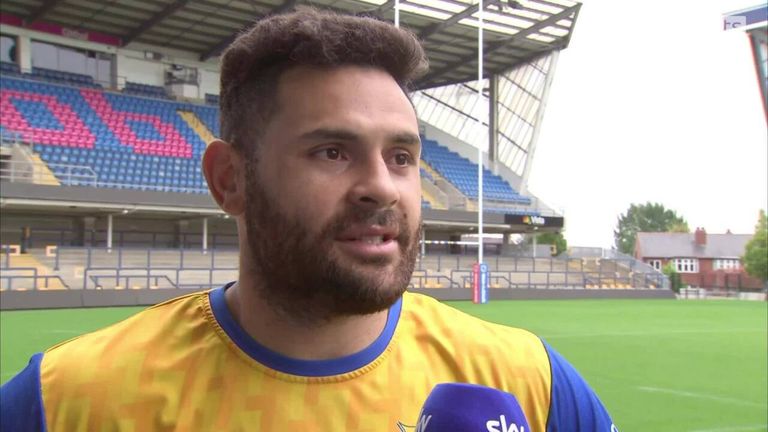 Saturday will mark the second year in a row Smith has been involved in a Grand Final, albeit on a much larger scale than the Queensland Cup decider he coached Norths Devils to a 16-10 victory over Wynnum Manly Seagulls in last year.

The 41-year-old has been part of NRL Grand Finals during his spells on the coaching staffs of New Zealand Warriors and Sydney Roosters, and is now excited to lead the Rhinos into Super League's showpiece against reigning champions St Helens and a old Queensland Cup rival head coach in Kristian Woolf.

"It's like no other, the Grand Final occasion, even down to park footy," Smith said. "It's a special thing to culminate on the last day of the season which everyone wants to be playing in when the season starts.