Stanely fought off competition from five other contenders, including 2021 Woman of Steel Jodie Cunningham to win the award; she is expected to be named in the England squad for this autumn's Rugby League World Cup

York City Knights full-back Tara-Jane Stanley has been named Woman of Steel for 2022.

Stanley is the fourth winner of the prestigious award, fighting off competition from her York team-mates Sinead Peach and Hollie Dodd, plus Georgia Roche of Leeds Rhinos and St Helens team-mates Amy Hardcastle and Jodie Cunningham - who was the 2021 Woman of Steel.

Stanley, who is originally from Widnes, excelled as the City Knights clinched their first major trophy in the women's game, securing the League Leaders' Shield, as well as reaching the Grand Final in which they lost to Leeds.

"I'm stunned and humbled to have won the award," she said.

"When you look at the quality of the players in contention, just to be on that shortlist was a big honour. 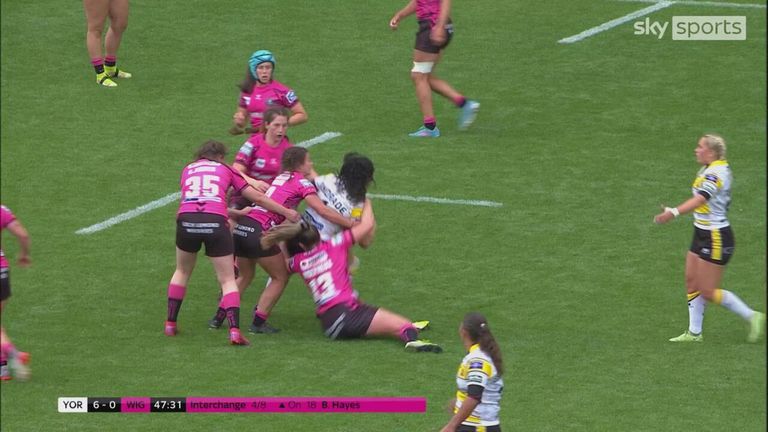 "As a full-back you don't get to shine without a big effort by the rest of your team, and although we were disappointed to lose in the Grand Final at the weekend, it was a great achievement for us to finish top of the table.

"I wouldn't be able to win this award without the performances of Sinead and Hollie, who were also on the shortlist, and everyone else who has contributed."

Stanley is expected to link up in the England squad for this autumn's World Cup, with coach Craig Richards set to name his squad on Monday.

Woman of Steel, roll of honour