Leigh Centurions will return to Super League after a panel unanimously voted them in to replace Toronto Wolfpack, but they will receive substantially less distribution money than the other Super League clubs

London Broncos owner David Hughes has hit out at rival clubs for giving Leigh a smaller cut of the distribution money for 2021 - but says he was not shocked by the decision to elevate the Centurions into Super League.

Hughes said: "I wasn't surprised by the decision - Derek Beaumont has assembled a great big squad at Leigh and I'm sure that's been taken into account.

"Leigh should be a Super League team; they're a famous club and I wish them the best. I'm a Swinton man and was born only five miles from Leigh - so good luck to them.

"For different reasons, I'm not disheartened, I'm a rugby league man through and through. When I lay awake this morning wondering who might be chosen, I had a feeling they would pick Leigh."

The Centurions beat off competition from the Broncos and four other Championship clubs to seal their return to the top-flight, but Hughes believes an expanded Super League would be a more attractive look for the sport - and pointed the finger at Super League clubs for holding this back.

"I'm saddened that they've not expanded the league again and put London back in - particularly after the wonderful year we had in 2019 where we smacked most of the Super League teams' academies.

"My fear is greed. The best example of the word greed is what the Super League teams have done.

Congratulations to @LeighCenturions on their selection for the 2021 Super League 👏
Our plans dont change, we will push on for promotion via the Championship ⚫⚪🔴 pic.twitter.com/iyH4rMofwK

"They've invited one team in, and they're not prepared to give them the same money. It's not a fair competition - it's completely against what the Super League is about.

"It's greed with a capital 'G' from the other 11 Super League teams."

The Centurions will receive £1m in distribution money as they make their return to the top flight following relegation in 2017 - while opposition clubs will receive a figure closer to £1.8m.

In the criteria document circulated to all prospective candidates, the league confirmed that the successful applicant would be entitled to £1m of central funding in 2021, compared to the current figure of £1.8m, but they would be entitled to the full amount if they avoid relegation at the end of their first season in the top flight.

"It was a fair process, but good luck to Leigh - with the lack of generosity from the other Super League clubs they only have half the distribution money to work with and I think that's disgraceful and disgusting. 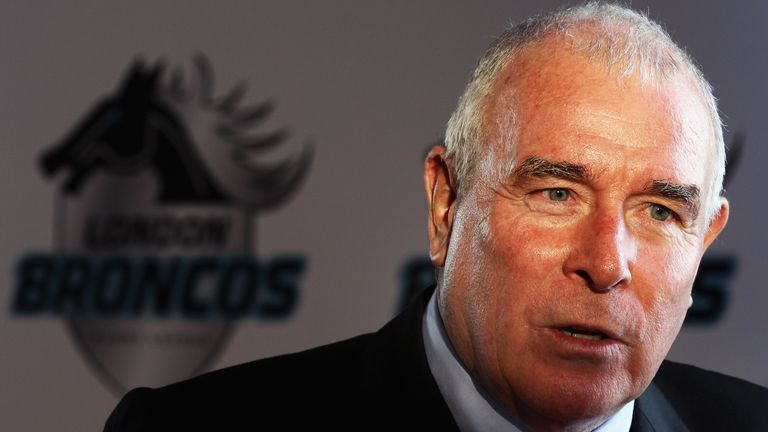 "It's greed with a capital 'G' from the other 11 Super League teams."

"If they can manage on half of the money, then God bless Leigh!".

The Broncos' focus is now on winning promotion for Super League in 2022 in what is set to be one of the most fiercely competitive Championship seasons for many a year, and Hughes is confident in his side's chances for 2021.

"Unashamedly, I've been speaking to Danny [Ward, London Broncos head coach] this morning and we're going to win the Championship and get promoted next year. That's a requirement and my ambition to do it."

Elstone: £1m will allow a club to compete

Super League did not wish to comment on Hughes' views when approached by Sky Sports, although executive chairman Robert Elstone had previously laid out the economic rationale behind the decision to award less funding to the team being promoted.

The impact of the Covid-19 pandemic on the competition, the clubs having less money to spend in 2021, and the belief spending on players will be lower next year were all contributory factors to setting it at what Super League see as closer to two-thirds of the full distribution to the newcomers.

Leigh are understood to be confident they can build a competitive squad with that funding too, having already made a number of signings prior to their promotion being announced, while the full distribution is promised in 2022. 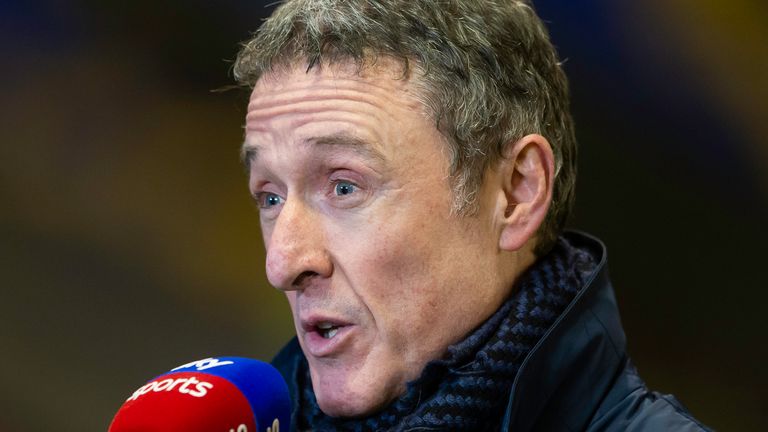 There were a range of views as to what we should be awarding and we came to a consensus that £1M was a number that would allow a club to compete and build a squad that had a chance.

"There were a range of views as to what we should be awarding and we came to a consensus that £1m was a number that would allow a club to compete and build a squad that had a chance," Elstone said at a media briefing last month.

"But most fundamentally, there was a feeling that the whole economics of Super League are suppressed and the consequence would be that spending on player wages will be reduced and therefore, with that level of support from the centre, a club could be competitive.

"It was a combination of current economic climate, the player market, and general affordability across Super League."