Jenna Brooks looks at the latest talking points from Australia as the NRL moves towards resuming the 2020 season, including the new protocols in place, coronavirus tests for players and contract talks...

It is back to work for the NRL, as all 16 clubs attended a briefing on Monday which covered new biosecurity guidelines, instructing players and staff on the strict protocols that must be followed if the competition is to resume on May 28.

Tuesday will be spent absorbing the new guidelines, with some of the protocols involving random door knocks from a dedicated COVID-19 liaison officer provided by the NRL, who will be enforcing the new rules.

"It's a great day for rugby league to see our squads assembling for the first time since the competition was suspended," ARLC chairman Peter V'landys said.

"And I'm grateful to clubs and players for the commitment they've shown to ensure the competition resumes on 28 May."

"Every player participated in an education day which explained our strict biosecurity protocols to ensure players understand what they can and cannot do.

"Our protocols are substantially stricter than the current government measures, and we wanted to ensure the first day was devoted to educating our players. They know the future of the game rests with them complying with our protocols." 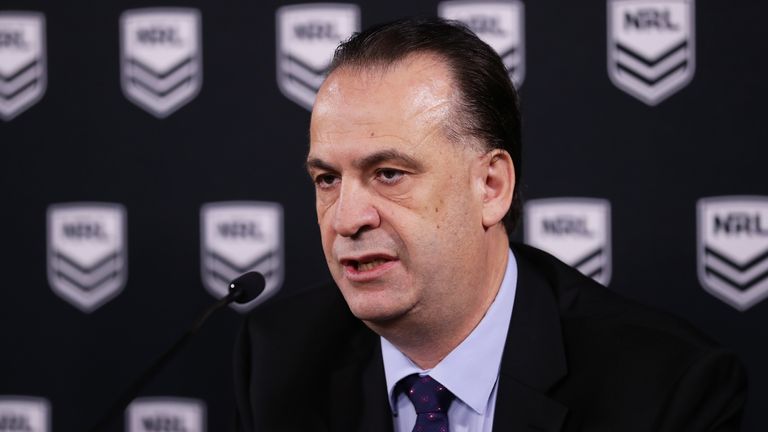 Group training will begin on Wednesday, with a limit of 10 squad members taking part in each session. However, contact is banned until restrictions are reviewed towards the end of the week.

Reports suggest an announcement will be made on a new pay deal for players, which will guarantee 80 per cent of their annual salary.

Sydney Roosters coach Trent Robinson was not the only one to be tested for coronavirus on Monday.

A week after breaking social distancing rules, Latrell Mitchell was one of four South Sydney Rabbitohs players sent home from the club's briefing on Monday after suffering from flu-like symptoms.

Also refused entry into the education day were club captain and half-back Adam Reynolds and prop Liam Knight. The fourth player has not been named.

"We are all following protocols," Souths coach Wayne Bennett told The Herald. "We all want to be back playing footy and we all understand what it is going to take - there wasn't one complaint today.

"The doctor questioned them upon entering the training facility and our medical staff were there with doctors to undergo screening. They were asked all questions about whether they had a sore throat, runny nose or have been coughing.

"If they had one of those symptoms in the last 24 hours we sent them straight off to be tested for coronavirus." 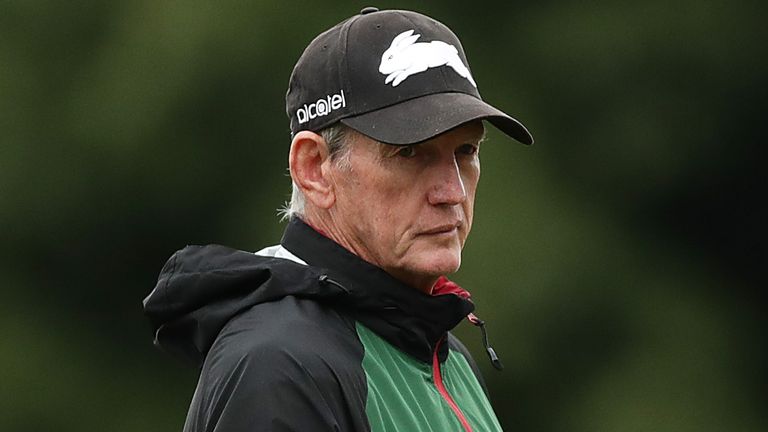 The league has confirmed contracts can once again be registered after negotiations were suspended for the last six weeks due to the pandemic.

All new deals must carry a clause stating that the value of the contract could decrease if the salary cap is reduced.

There are more than 180 off-contract players who must make a decision on their futures, including stars such as Cameron Smith, John Bateman, James Graham, Jake Friend, Benji Marshall, Kieran Foran, Nathan Peats and David Fifita.

There are reports England international Graham is headed back to the UK and the St George Illawarra Dragons forward has been linked with a return to St Helens.

With star prop Luke Thompson moving to the Canterbury Bulldogs at the end of the year, it makes sense that Saints will be looking for someone to fill that void.

However, from speaking to head coach Kristian Woolf he believes they may already have the player to do just that.

"We spoke about Luke Thompson, and there's no doubt in my mind that Matty Lees could step in and fill that void next year and become a starting prop for us," Woolf said.

Waiting for the draw

We know the new season will see 20 rounds, including the two that were played before the unexpected break. What we don't know is what the fixtures will look like.

It's expected that the NRL will start from scratch, when deciding the new draw and is unlikely to be revealed until late next week.

The delay is due to a national cabinet meeting scheduled for Monday, May 11, where the NRL will get more information from the government.