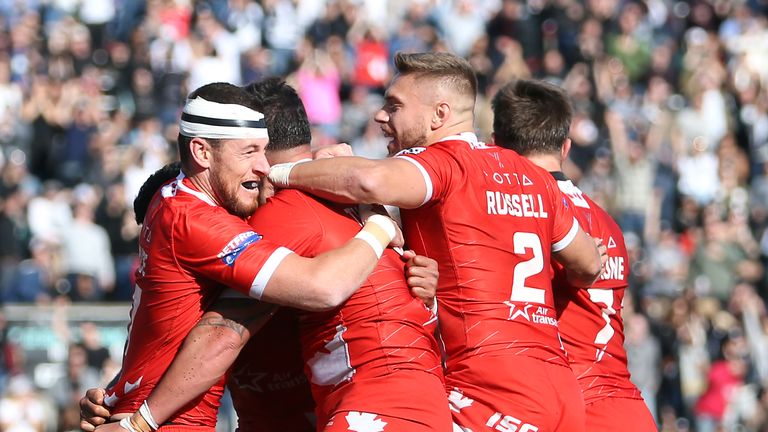 Toronto Wolfpack booked their place in Super League for 2020 with a 24-6 victory over Featherstone Rovers in the Million Pound Game.

Rovers got their reward for a superb defensive effort to keep the hosts at bay early on when Alex Sutcliffe finished for a converted try following Dane Chisholm's perfectly-weighted kick.

Toronto responded immediately through Josh McCrone, but the missed conversion by Gareth O'Brien meant they trailed 6-4 at half-time.

Rovers kept battling after the break, but further tries from Blake Wallace, Bodene Thompson and Joe Mellor clinched the win and a historic promotion for the Canadian side.

The Wolfpack, formed in 2016 with the aim of reaching Super League within five years, achieved their mission at the second attempt after suffering a shock 4-2 defeat by London Broncos 12 months earlier.

Featherstone, too, had high hopes of reaching Super League for the first time after gaining play-off away wins over three of the teams to finish above them in the table - Leigh Centurions, York City Knights and Toulouse Olympique - but this proved to be a game too far.

Rovers, who became the first away team to win at the Lamport Stadium in July 2018, had spent 24 hours getting from their previous game in the south of France to Ontario and the home side took advantage of their tired bodies in the second half.

The victory enabled Brian McDermott's men to complete the season unbeaten at the Lamport Stadium and provided a fitting farewell to veteran prop Ashton Sims, who brought the curtain down on a 17-year career spread across three continents.

Featherstone, who finished 18 points behind the Wolfpack in the Championship, knocked their hosts of their stride with their energetic defence in a fast and furious opening.

They took the lead on 27 minutes when Wolfpack winger Liam Kay failed to clear the danger caused by Dane Chisholm's grubber kick and centre Sutcliffe pounced on the loose ball.

Chisholm added the conversion to make it 6-0 but Toronto hit back four minutes later through skipper McCrone, who took Andy Ackers' pass close to the line to force his way over.

Championship players of the year O'Brien was wide with the conversion attempt to leave his side trailing by two points at the break, but head coach McDermott's half-time talk clearly did the trick.

O'Brien was held up over the line and Jon Wilkin was hauled down just short as the home side turned up the pressure, which paid off when interchange man Wallace forced his way over on 56 minutes to give them the lead for the first time before supplying a try-scoring pass for second-rower Thompson.

Full-back O'Brien converted both tries to open up a 10-point lead and stand-off Mellor made sure of the win and promotion when he jinked his way through a tiring Featherstone defence 11 minutes from time.

Wallace added the conversion and kicked a last-minute penalty to wrap up the scoring. 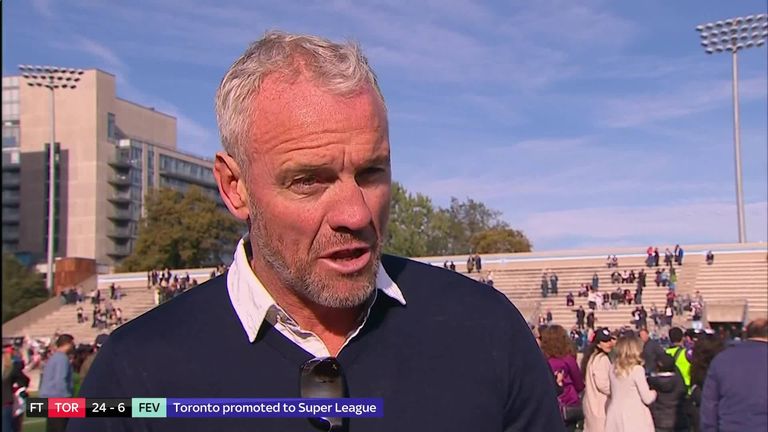 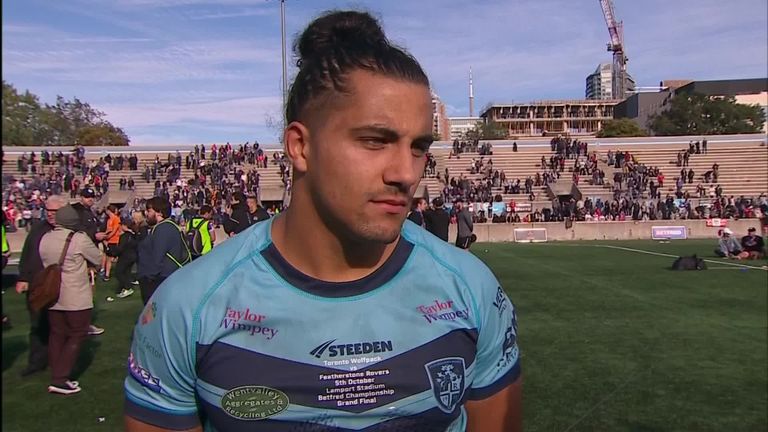