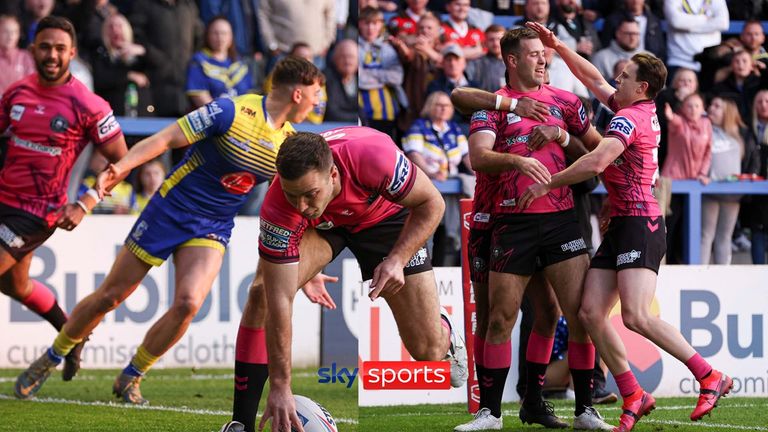 Iain Thornley and Liam Marshall grabbed two tries each to help Wigan Warriors to a resounding 40-22 victory away to Warrington Wolves in Friday's Super League clash.

An action-packed first half ended with Wigan leading 24-10 thanks to centre Thornley crossing twice and one try apiece from Bevan French and Liam Farrell, with Riley Dean and Matty Ashton replying for Warrington.

But Marshall's double inside the first 10 minutes after the restart and Ethan Havard's fourth of the season ensured there was only going to be one outcome at the Halliwell Jones Stadium, while Wolves tries from Danny Walker and Peter Mata'utia proved little consolation for the hosts.

However, the one downside for the hosts was that Man of Steel contender Jai Field went off at half-time, although the full-back is expected to be available for next week's Betfred Challenge Cup semi-final against St Helens.

It was a breathless opening to the game with three tries in the opening 13 minutes as Wigan claimed an early 12-6 advantage.

The visitors scored on the opening set of the game. Helped by a set restart and a penalty, they worked their way downfield and Thornley claimed his first try since returning to the Warriors in the off-season, which Harry Smith converted.

Wigan's lead lasted just four minutes though as half-back Dean scored a fine solo effort for the hosts, adding the extras himself. 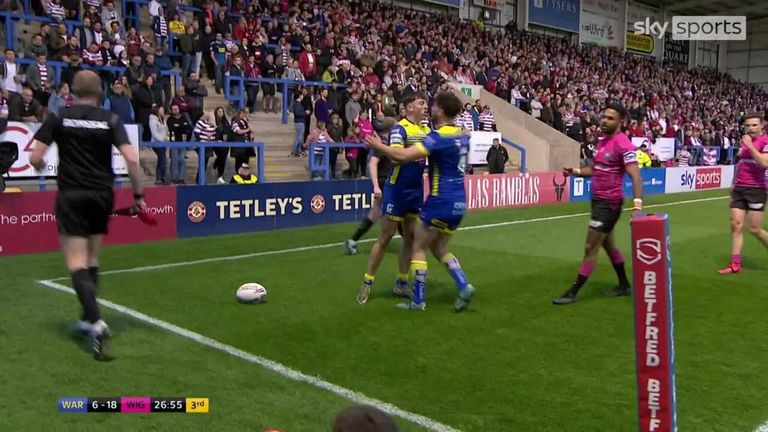 England half-back George Williams returned to partner Riley Dean in the halves, with Peter Mata’utia moving back into the centre after deputising as stand-off the previous week. Jason Clark was back on the bench too

Wigan made two changes, with Brad Singleton starting in the front row in place of Oliver Partington and Sam Halsall replacing Joe Shorrocks on the interchange bench.

But the Warriors' right side was causing the Wolves defence all sorts of problems and they benefited again when Field sent Thornley over for his second try of the night.

The pace never relented for the rest of the half and the Wigan right edge prospered again when a Field break allowed French to touch down and Smith was again on target to make it 18-6.

Ashton pulled a try back for the Wolves, but Wigan increased their advantage two minutes before half-time when Patrick Mago's superb offload allowed Farrell to dance through the defence for his side's fourth try of the half. Smith maintained his 100 per cent record with the boot to give his side a 14-point half-time lead.

The game was over as a contest five minutes after the restart as Marshall claimed two quickfire tries in two minutes to open up a 34-10 lead. 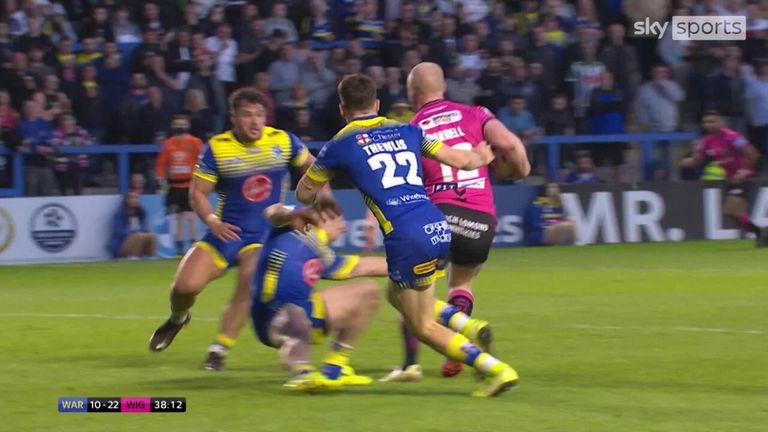 Thewlis fumbled a French kick close to his own line and Marshall pounced on the loose ball for a simple try and the winger repeated the dose two minutes later as he took Smith's pass to cross in the corner.

Havard scored try number seven for the Warriors before the Wolves, who had Daryl Clark sin-binned for repeat offences at the ruck, claimed late consolation tries through Walker and Mata'utia to bring a modicum of respectability to the final scoreline. 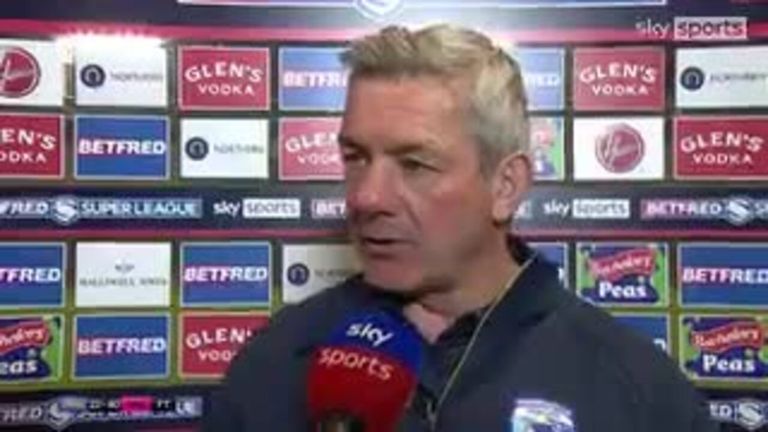 "We started poorly both halves and Wigan played well. I thought we defended really poorly in the first half and 24 points at half-time, I still thought we could reel the game back in, but we had to defend better than that in the second half.

"It's disappointing, we've been through a really tough Easter period, we did some good things there, but we've come up against a team at this moment in time who are a little better than us. We've got some work to do." 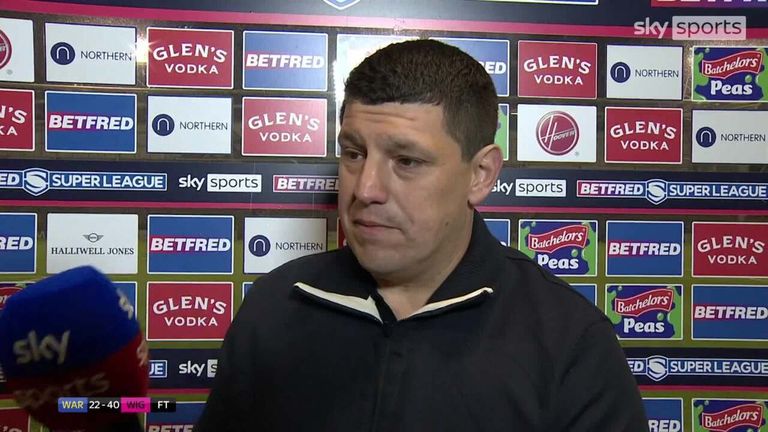 "When the game was in the balance early on, we looked the better team. There are things we need to learn and pick up on, but certainly we'd have taken that before the game so we've got to go away happy. I'm really pleased for the boys - I'm really, really happy for them.

"I thought we did some soft things defensively, but I'm not going to dwell on them. I want to be positive…we beat a really good team, we did some really good things. obviously as a coach you've always got one eye on improvement but take nothing away from the lads."

Warrington are back in action on Saturday, May 14 when they travel to last year's Super League Grand Final runners-up Catalans Dragons in a match which is live on Sky Sports (5pm BST kick-off).

Wigan now turn their attention to the Challenge Cup semi-final showdown with old rivals St Helens at Elland Road on Saturday, May 7.