Rugby Championship New Zealand vs Argentina preview: All Blacks and Pumas face off on Gold Coast

Watch New Zealand vs Argentina in the Rugby Championship live on Sky Sports Arena from 7.55am on Sunday; Below, we look at talking points including Jordie Barrett controversially being free to play, Brodie Retallick to skipper All Blacks, Nicolas Sanchez in at 10 for Pumas, and more.

We look at the major talking points and team news ahead of Sunday's Rugby Championship Test between New Zealand and Argentina, live on Sky Sports.

The headline news ahead of this Test is that All Blacks full-back Jordie Barrett is free to play in the Rugby Championship after his red card for a boot to the face of Australia winger Marika Koroibete was dismissed by a judiciary panel.

Barrett was sent off after making contact with Koroibete while jumping to catch a high ball in the 38-21 win over Australia at Perth Stadium last weekend. 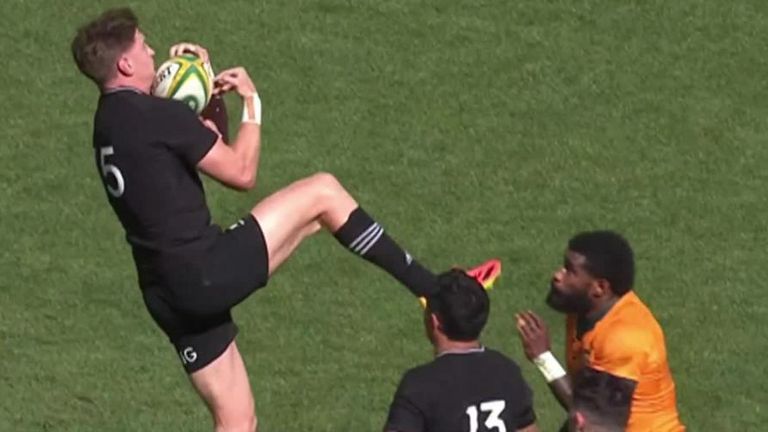 Governing body SANZAAR's judicial hearing ruled the contact was inadvertent while Barrett lost his balance in the air.

"With no intent to lash out, the hearing cleared him of wrongdoing and removed the red card from his record," SANZAAR said in a release on Tuesday.

That frees Barrett for Sunday's match against Argentina on the Gold Coast as the All Blacks look for a third successive win in the competition.

"I'm just rapt with the outcome. They could see that I had no intent to hurt Marika in the game," Barrett said in a video released by the All Blacks.

"Just super lucky to avoid sanction and excited for the week ahead."

The All Blacks brought in two expert biomechanists to give evidence during the hearing.

"This wasn't a rubber-stamp situation at all - this was a very thorough and fair process that took a lot of preparation," said assistant coach Brad Mooar.

"(Barrett) had a really good sleep last night. It's a hell of a thing to be red-carded when you're playing for your country, and he was devastated by that in the moment."

Retallick to skipper All Blacks for first time

Retallick has started 71 of his 86 Tests to date and will be playing his 14th Test against Argentina.

All Blacks head coach Ian Foster said he was delighted to name Retallick as the captain for this Test.

"Brodie is a great leader in this team and we don't take his leadership for granted," he said.

"We think this is a great honour for him, and he and his family can be hugely proud. He's playing really well and leads from the front. He has come back into the black jersey this year and just picked up where he left off.

"He also has an experienced partner in Beaudy (Barrett) alongside him who is bringing a calmness to the team and a sense of direction and we're seeing that in the way he plays."

Of facing the Pumas, Foster added: "We've had a great build up in Perth and we're looking forward to getting to Queensland to finish our preparation.

"The key to selection this week has been about managing the player workload across the whole squad, which I think all teams will be doing in the Championship. We want to ensure we have a fresh, excited squad ready to play a physical and passionate Argentinian team.

"They've had a tough time on the road with matches in Europe and South Africa before coming to Australia. But we know from last year that when they spend a lot of time together it really unifies them, so we're expecting a torrid game."

Sanchez starts at fly-half for Pumas

Argentina meanwhile, have recalled Nicolas Sanchez at fly-half for Sunday's Rugby Championship Test, where the Pumas will be looking to repeat last year's stunning victory over the All Blacks.

The experienced playmaker scored all of the points in Sydney last season when Argentina beat New Zealand for the first time in history but was dropped in favour of Domingo Miotti for the second Test against South Africa last month.

Despite being listed as suffering from an abdominal injury last week, Sanchez was included in Mario Ledesma's starting side for the Pumas' third match of the campaign on Friday.

The change was one of seven to the side that lost the second of two consecutive matches vs the Springboks in Port Elizabeth. 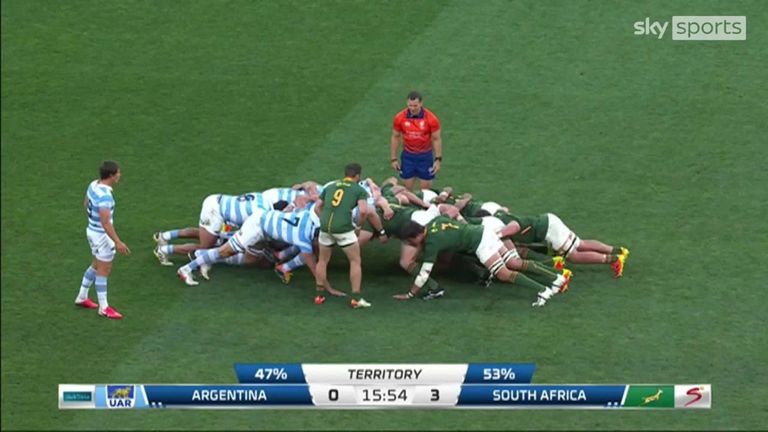 Santiago Carreras, who played both tests against the Springboks, misses out because of a calf strain and will be replaced on the left wing by Santiago Cordero.

In the pack, Guido Petti moves from flanker to lock with Marcos Kremer coming into the back row. Facundo Gigena and Santiago Medrano will be the starting props after Nahuel Tetaz Chaparro and Francisco Gomez Kodela returned to their clubs.

Scrum-half Gonzalo Garcia could win his first cap off the bench, while 37-year-old replacement prop Carlos Muzzio will get another taste of Test rugby after making his debut against the Boks last month.

Stalwart lock Sam Whitelock enjoyed a special time with his wife Hannah and newborn daughter Penelope in hospital and is now preparing to spend the next few months away from them as he re-joins the All Blacks on a long tour.

Whitelock missed Sunday's 38-21 win over Australia in Perth along with team mates Richie Mo'unga and Aaron Smith as the trio stayed home to await the births of their children. 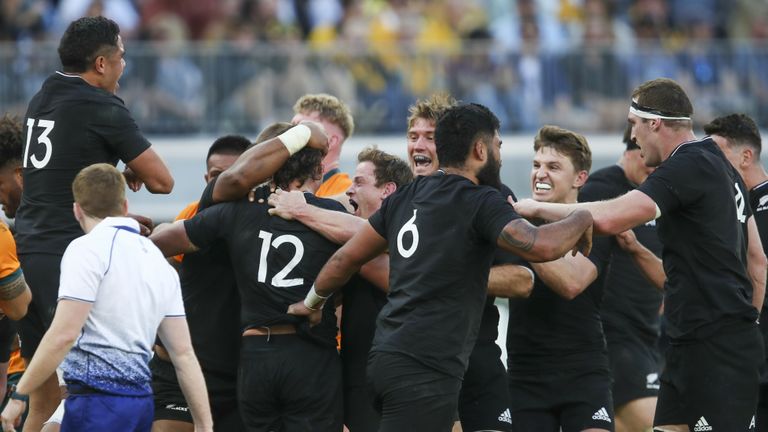 Whitelock will depart for Australia at the weekend to link up with the squad for the Rugby Championship in Queensland and the following northern hemisphere tour.

The 32-year-old father-of-three will have 14 days in hotel quarantine in Australia and the same in New Zealand when he arrives home, according to the countries' strict COVID-19 rules.

All told, he is unlikely to hold his baby daughter again until December.

"It's going to be pretty challenging what that looks like for me leaving the family but also for those two weeks where I've got to train in a small hotel room," the Test centurion told media.

"If you look back through the history of All Blacks and sporting people being away, some people got on a boat and when they got home they were handed a six-month-old child and told: 'this is your daughter or son'.

"Times have changed a little bit, but it feels a bit that way. I didn't make the decision lightly about going but at the same time I've got to do my job."

Whitelock will miss both of the Rugby Championship tests against Argentina while in quarantine and the first against South Africa.

He is targeting the final Springboks clash on October 2 on the Gold Coast: "Every test is so special so you never want to take one for granted," he said. "If there's an opportunity to get on a plane and play I'm going to do it."