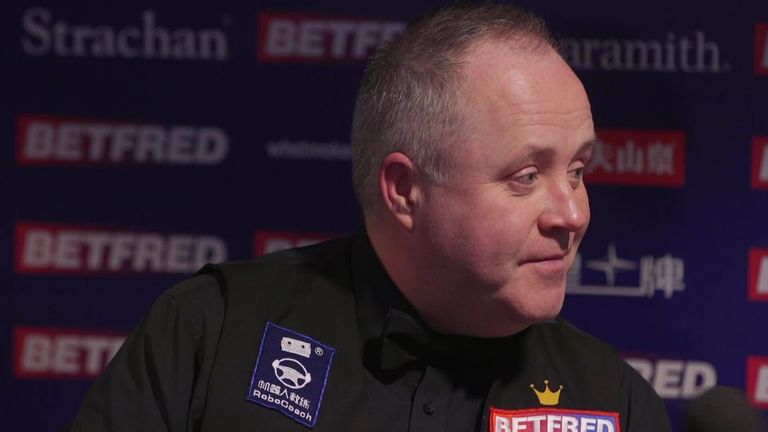 John Higgins blamed the suffocating Crucible pressure for his poor performance despite battling his way into the second round of the World Snooker Championship with a 10-7 win over China's Tian Pengfei.

The four-time champion hit back from 7-4 behind to win six frames on the spin, belatedly finding his form in a match that twice went over its allotted schedule time by completing his victory with two consecutive centuries.

It may be the 45-year-old's 27th appearance at the Crucible but, despite his colossal experience, Higgins admitted the venue's weight of history was still impossible to ignore.

Higgins said: "It's this place that does it - I think I stopped breathing a few times out there. That's what it does to you - the pressure can be that intense.

"It was a poor game by me and I've dodged a bullet there big time because Tian had enough chances to beat me. I've brought him down to my level and it's a big relief."

John Higgins has beaten Tian Pengfei from 7-4 down!

Higgins' compatriot Anthony McGill proved he had no Crucible hangover from his agonising semi-final defeat eight months ago as he cruised into the second round with a 10-5 win over Ricky Walden.

Resuming with a slender 5-4 advantage over his fellow former semi-finalist, McGill extended his lead with back-to-back breaks of 83 and 130 before a 98 from Walden reduced the deficit.

But McGill responded to close out the match with three frames in a row, including two more half-centuries, to set up a last-eight meeting with Ronnie O'Sullivan.

"I'll just try to play my own game," said McGill. "I don't think there's anyone in the game who's got the aura that Ronnie's got - he's the best ever and I'm really looking forward to it.

"I won't approach the match any differently. I can only play as well as I can play, and if the other guy is too good then that's fine." 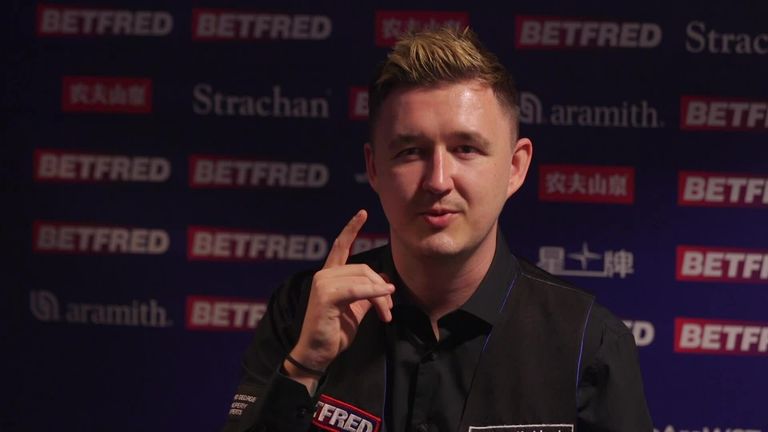 Kyren Wilson, beaten in last year's final by O'Sullivan, was forced to battle for a 10-8 first round win over Gary Wilson.

2020 finalist @KyrenWilson has beaten Gary Wilson from 5-1 down!

Wilson trailed 5-1 in the early stages but hit back with three centuries to wrest the match in his favour, and despite a gallant effort from the underdog, the Welshman completed a cool 73 break to avoid another decider.