Maria Sharapova will face fellow Russian Ekaterina Makarova in the last four of the Australian Open after the pair enjoyed surprisingly one-sided quarter-final victories on Tuesday.

"I had to have a really good performance against Genie, she has been playing so well in Grand Slams," Sharapova said in an on-court interview.

"She's so confident and aggressive and I just tried to take that away from her today. That was the only chance I had and I did that well.

"I'm just happy to be at this stage of the tournament. To be in the semi-finals is very meaningful and to be able to do it that way is extra special."

The Russian five-time Grand Slam champion broke serve in the opening game of the match and faced just two break points in the contest, saving both in the sixth game of the first set before breaking her 20-year-old Canadian opponent again to take it in 41 minutes. 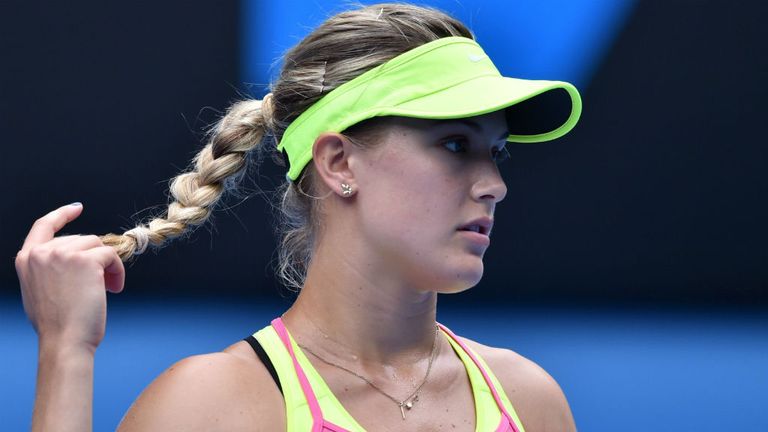 Against great players, you have to take every little chance you can get. Although she didn't give me many, I know I had some.

Bouchard admitted Sharapova had dominated their match from the outset, adding: "I felt under pressure the whole time, a bit on my back foot. That's not how I want to play.

"I feel like I didn't start well and it kind of all went downhill from there. It's definitely easier when you have a good start to the match.

"I think she definitely played well today and she didn't give me many chances. I know I could have done better for sure, so I'm disappointed with that, with not taking the few chances I got here and there. Against great players, you have to take every little chance you can get. Although she didn't give me many, I know I had some.

"I didn't feel like I was kind of dominating the ball like I usually want to. I felt a bit under pressure and I felt like I didn't have enough time maybe to set up as I normally do."

Makarova had earlier reached her second successive major semi-final, the 26-year-old having lost to eventual winner Serena Williams in the last four of the US Open last year.

Neither Makarova or Halep had lost a set in the previous four rounds but it was Makarova who always looked the most likely winner, racing into a 3-0 lead with two breaks of serve as Halep committed a string of unforced errors.

The 23-year-old Romanian did recover one of the breaks to register her first game and held to trail 2-4, but could not find another breakthrough as Makarova made the most of her swinging left-handed serve.

No 11 seed Makarova, 26, then cruised through the second set and said: "It's a great feeling, I'm so happy that I came through.

"She is a tough opponent and I lost to her (in their only previous meeting) two years ago. She never gives up, she is always fighting and every point is long. 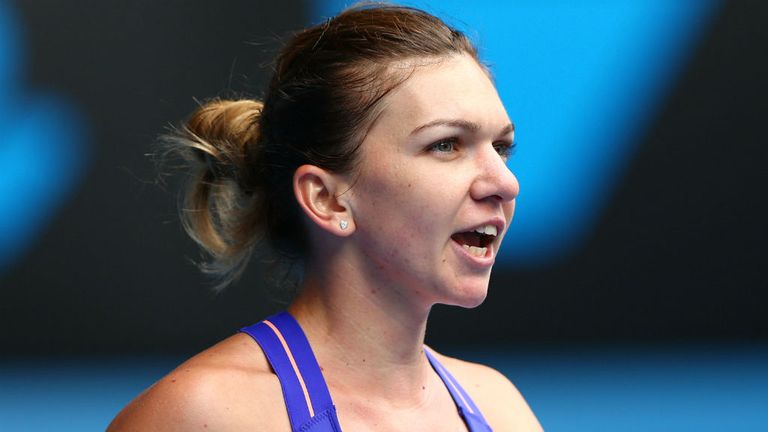 I cannot say (it was) pressure. Just I was a little bit stressed. I don't know why. I had experience from last year of playing quarter-finals, so it doesn't mean that I felt pressure.

Halep admitted she lost belief in the second set, adding: "I practised very well in the morning, but maybe I was a little bit too stressed before I started the match. I had a bad day but she played well and everything was in for her so she deserves to win.

"I'm really sad a little bit now that I could not play my tennis, my game, but that's tennis and I have to look forward to the next tournament.

"I cannot say (it was) pressure. Just I was a little bit stressed. I don't know why. I had experience from last year of playing quarter-finals, so it doesn't mean that I felt pressure.

"But sometimes you cannot manage the situation, just mentally because during the points maybe I didn't fight very well today. I just lost my concentration to win the points, to win the match. So I didn't believe any more in the second set, and that's maybe why I lost 6-0."