World No 1 Novak Djokovic is a 'ruthless competitor' with his level of play, which is why he is heading towards his ultimate goal of landing his first French Open title, says Annabel Croft.

The defending Rome champion reached the semi-finals of the tournament in the Italian capital following a three set victory over fifth-seeded Kei Nishikori on Friday.

Djokovic was pushed the distance by Nicolas Almagro and Thomaz Bellucci in his opening two matches, but still extended his winning streak to 20 matches and will head to Roland Garros in fine fettle.

And tennis expert Croft believes that although the Serb is breeding confidence with every win, breaking his French Open duck will be a different kettle of fish.

"He's very machine-like out there when he's playing his matches these days, but you know inside bubbling under the surface is this ruthless competitor who has this wall of steel around him," Croft told Sky Sports 3.

"He's so unbelievably consistent with the level of play. Yes, he has a couple of little dips in concentration but when he does he finds a way to get it right back and take it up to a higher level. 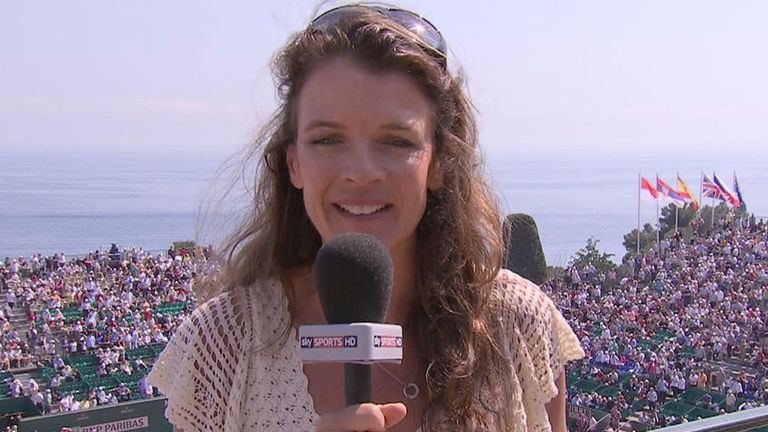 He's very machine-like out there when he's playing his matches these days, but you know inside bubbling under the surface is this ruthless competitor who has this wall of steel around him.

"He's in a winning mode and he's breeding confidence all the time. The 11 wins over top 10 opponents this year is extraordinary and against all the greatest competitors around him - Federer, Nadal, Murray,  Berdych and Ferrer.

"The French Open is in his head all the time. He keeps asking himself 'is this going to be the year that I'm going to take it'. This is so much a part of that preparation.

"Even though he's trying to take it one set at a time, there is no way that it's not niggling away at him what sort of tennis he is trying to find when he goes towards that French Open because that is his ultimate goal to take that French Open title."

Don't miss the final semi-finals of the Rome Masters live on Sky Sports 5 HD from 1pm and then on Sky Sports 2 from 7pm on Saturday 16 May.

Not a Sky Sports subscriber? Watch for £6.99 with NOW TV Day Pass.