The scandanavian country, with a population of under 10 million people, is synonymous for producing great tennis players such as 11-time Grand Slam champion Bjorn Borg, but Sweden is now more famous for generating the best coaches in the world.

There is a focus on quality and vision with a great emphasis on concentration, attitude, respect and energy which makes top class players become major champions.

Wawrinka is coached by 2000 Roland Garros finalist Norman who comes from a conveyor belt of highly-talented Swedish coaches.

We take a look at the partnerships in the game and what makes Swedish coaches stand out from the rest.

Norman is the genius who masterminded Stan Wawrinka's success at the Australian Open last year and to the French Open title on Sunday.

Norman, who owns a tennis academy called "the Good to Great", with friends and former Sweden team-mates Nicklas Kulti, Mikael Tillstrom took Wawrinka under his wing after a successful spell with Robin Soderling.

He helped his fellow Swede become the first man in 31 matches to beat 'King of Clay' Rafael Nadal at Roland Garros and led Wawrinka to clay-court success in Paris when he defeated world No 1 Novak Djokovic.

Norman, who is best remembered for losing to Gustavo Kuerten in the 2000 French Open final, instilled a sense of invincibility in Wawrinka to help him become a two-time Grand Slam champion.

Wawrinka had a tendency to fold under pressure, but Norman helped him develop his mental strength and build on his reputation as a powerful, attacking baseliner with huge shot-making ability and natural aggression. These key elements helped the Swiss become a major winner.

"When I play my best, I know I can beat all the players," Wawrinka said. "It's changed in the past year. This is what I told Magnus."

"I had a good talk (with Norman). He's always confident with myself. He always finds good words to make me believe in myself and to go on the courts knowing and believing that I can beat the number one player in a Grand Slam final."

The experienced Jonas Bjorkman came aboard Team Murray to pick up the team slack due to the pregnancy of ground-breaking female coach Amelie Mauresmo.

And the guidance of Bjorkman seemed to have refocused Murray's mind and body ahead of the French Open.

Bjorkman, a former Wimbledon semi-finalist, who won nine Grand Slam doubles titles, is expected to spend the whole hard-court season with the 27-year-old Scot until the end of the US Open.

Murray added 43-year-old former world No 4 Bjorkman to his team after the news that his coach Amelie Mauresmo is due to give birth to her first child at the end of August.

Bjorkman is expected to take up bigger coaching role for Murray now he has finished strutting his stuff on Let's Dance, Sweden's version of Strictly.

The arrangement was initially a two-week trial, but the doubles specialist, who won 54 doubles titles, including nine in Grand Slams, is expected to bring in his expertise at the net through technique and positioning on volleys.

Murray remains confident that Bjorkman would have a positive effect on his game after a successful couple of weeks in which the British No 1 claimed his first clay-court title with victory in Munich and then destroyed the 'King of Clay' Rafael Nadal on his home patch in Madrid.

"He's a very calm guy, he's not in your face, but when he talks you listen," said Murray. "Sometimes if someone talks all the time you don’t listen to most of the stuff. But when he talks you listen to him. He's got a very nice way about him, he's easy-going. But he was mentally very strong and had a great work ethic as well, so hopefully that can rub off on me and the team as well."

Mental strength and great work ethic are key attributes Bjorkman, who won three straight Wimbledon doubles titles, is expected to bring to Murray's game over the course of the next six months - facets he will hope lands Murray a third major title

"Andy is the world No 3, an exceptional player who can add something to his tennis, and that it is what I'm trying to do. The best players are more or less complete," said Bjorkman. "He moves well and he could go to the net more. I would love that he's lower when he hits the volley. He is already good but he could do better." 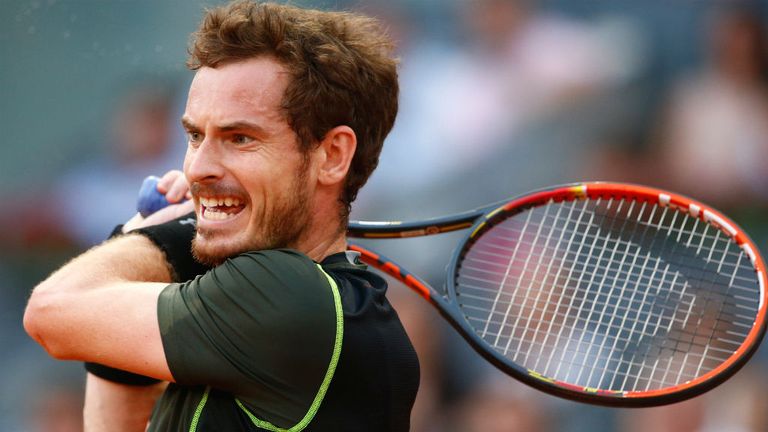 Sometimes if someone talks all the time you don’t listen to most of the stuff. But when he talks you listen to him. He's got a very nice way about him, he's easy-going. But he was mentally very strong and had a great work ethic as well, so hopefully that can rub off on me and the team as well.

Stefan Edberg has been the 'super coach' behind the Roger Federer's renaissance over the past 12 months.

The former world No 1 brought in the 1980s tennis ace to help him stay at the top of his game and the partnership is blossoming.

The 17-time Grand Slam champion has made a couple of adjustments to his game including shortening his swing to give him time to move to the net and quicker footwork to cut off angles.

Paul Annacone's replacement, Edberg has provided a more technical approach in smoothing out Federer's game by reducing the mileage on the court and the results are proving fruitful.

Even at the age of 33, the great man is now moving as well as most of the young talent on the circuit and playing with great style, panache, speed of thought and is in the best fitness and form for years.

Johansson, 40, who retired in 2009, had a coaching trial with former women's No 1 Caroline Wozniacki and he has also served as tournament director of the Stockholm Open ATP tournament.

Coric is the youngest player in the ATP top 100 at 53rd in the rankings and climbing at a rate of knots.

"I'm happy to start working with Thomas. He has been around on the ATP Tour for many years and has the experience and knowledge to help me achieve my goals," said the teenager.

"Having a Grand Slam winner in my team will mean a lot to me." 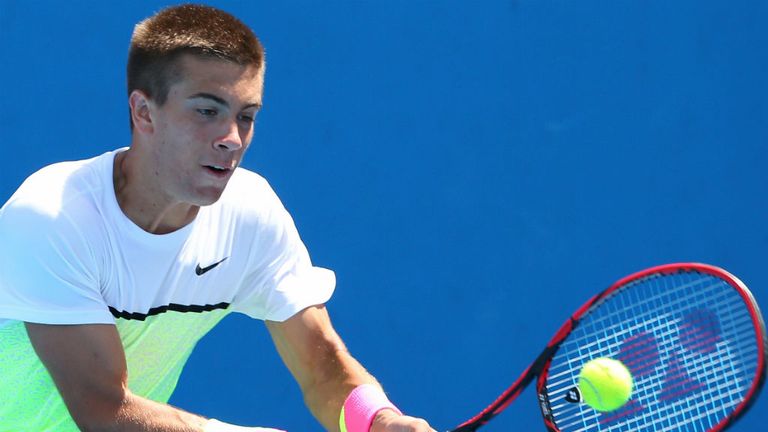 I'm happy to start working with Thomas. He has been around on the ATP Tour for many years and has the experience and knowledge to help me achieve my goals.

Johansson said: "Borna has been one of the leaders of the new generation we all have been waiting for in men's tennis.

"His energy and tennis capabilities are impeccable and sometimes I forget he is only 18 years old. We will work on all aspects of his game and he will hopefully continue improving in the years to follow."

Former coach to Maria Sharapova and Caroline Wozniacki, Thomas Hogstedt came on board as a coaching consultant to Simona Halep for the first three tournaments of the year.

Hogstedt, who began working with Sloane Stephens in July, certainly added to Halep's already improving all-court game as she claimed the Shenzhen Open before reaching the quarter-finals of the Australian Open and then recording victory in Dubai.

Lundgren, who was paid a six-figure salary in 2006 after being hired by the LTA to coach the British Davis Cup team, resigned from his position for personal reasons.

Peter Carlsson is another to come from the revolving door of home-grown coaches and has taken charge of many top Swedish players since retiring, including Jonas Bjorkman, Thomas Enqvist and Robin Soderling.

What makes Swedish tennis coaches so special? Join in the debate by tweeting us @SkySportsTennis or send in your views by posting a comment.