Roger Federer said he "really wants to win" the World Tour Finals after he beat great rival Rafael Nadal for the fifth time in succession to win the Shanghai Masters.

Federer got one over his old foe Nadal to win a one-sided encounter 6-4 6-3 in a showdown between the two best players on the planet.

It was a 94th title for the Swiss legend, drawing him level with the great Ivan Lendl, and the 36-year-old is now determined to land his seventh World Tour Finals crown and first since 2011 when the season comes to its thrilling climax next month. 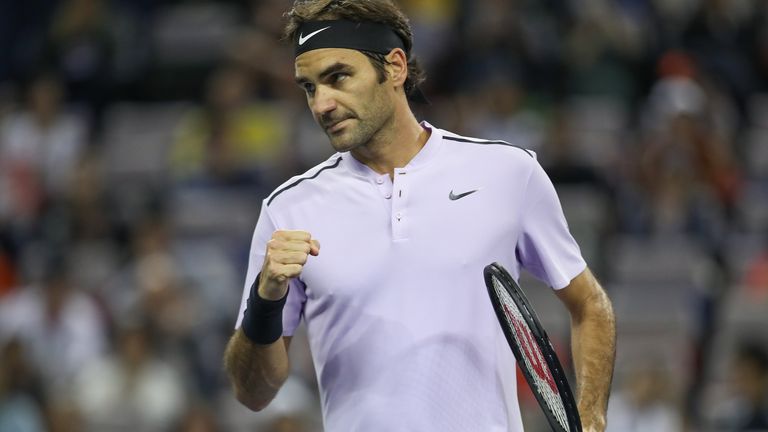 Finishing the year as world number one is a long shot

"London is my priority now and I really want to win the World Tour Finals," Federer told Sky Sports. "I am very excited to have had the year that I have had and everything that comes from here is a bonus.

"Finishing the year as world No 1 is a long shot, and I don't think it will happen but if I play like this, who knows? Maybe I will get close again."

The 19-time Grand Slam champion has been managing his schedule to bring the best out of his ageing body, but he improved as the week went on and felt he hit peak form just when it mattered.

"It's been a tough week, five straight matches is always a test and a challenge for anybody's body, especially with the pressure rising," he said.

"I felt I was playing well all week and that settled my nerves because I was returning well from the match here against [Diego] Schwartzman [in his opening match].

"The serve only got better and I saved the best for last - I played some great matches, against [Juan Martin] del Potro in sets two and three and now these two sets here today.

"In a way not surprising because I felt good all week - I was ready."

What a wild week here in Shanghai. Thanks to all the fans and the tournament and staff for making it so special ✌🏻❤️ pic.twitter.com/jVWxtnh0pD

Runner-up Nadal, who remains ahead in their overall record - 23 wins to Federer's 15 - admitted afterwards that he had been beaten by the better man on the night.

"I could maybe have done some things better," said Nadal. "Of course this was not the best match of the week for me - but when someone plays better than you in most of the things that really matter in this sport, then it's tough."

We will have all the action from the Erste Bank Open and Swiss Indoors Basel before the Paris Masters.