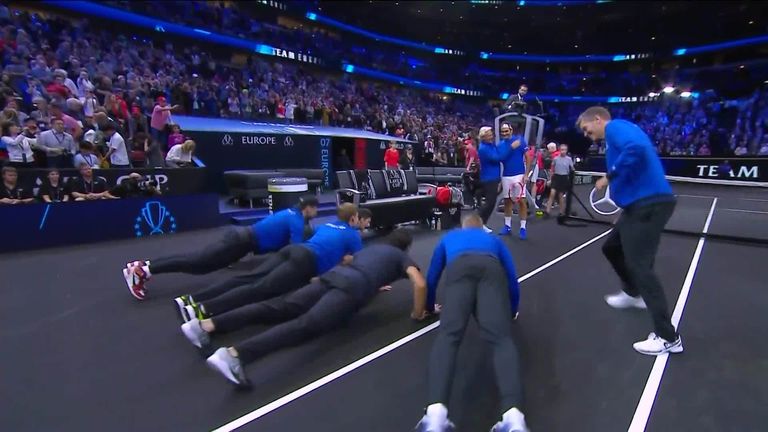 The world No 2 came from a set down to defeat big-serving American Isner in a match tie-breaker following an entertaining battle in Chicago.

But the men in blue celebrated the Swiss star's win in style by all getting down to do some serious push-ups.

Even 62-year-old team skipper Bjorn Borg joined in the party, along with Britain's very own Kyle Edmund.

Click on the video above to see Team Europe put themselves through the paces on the black court of the United Center...