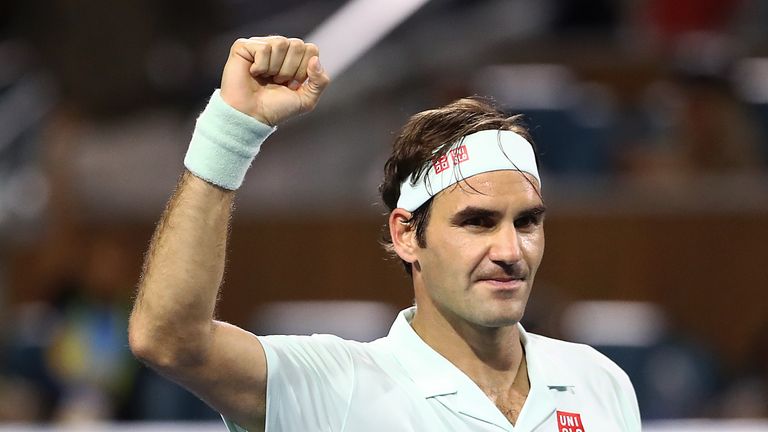 Roger Federer and Kevin Anderson played out one of the most incredible rallies at the Miami Open.

Three-time champion Federer beat 20th seed Anderson 6-0 6-4 in a match lasting just under an hour and a half.

The 37-year-old struck with the first break in the opening game and twice more en route to taking the first set in 26 minutes.

At the start of the fifth game, the capacity crowd at the Hard Rock Stadium were on their feet having witnessed an extraordinary rally and Federer's amazing reflexes at the age of 37.

Anderson's nervy start continued into the second set where he went 2-0 down, but the South African recovered to apply the pressure and level the set at 4-4.

A marathon 14-minute game followed but Federer used all his experience to grab the break - his fifth of the match - and serve out to love for the victory.

"I got a bit lucky there at the end," Federer said. "But it was a great fight by Kevin and of course I enjoyed the match."

Click on the play button at the top of the screen and watch Federer in motion...

We have the tennis season covered from all angles via our website skysports.com/tennis. On the move? Head to our app for mobile devices and iPad, or follow our Twitter account @SkySportsTennis to join in the conversation.