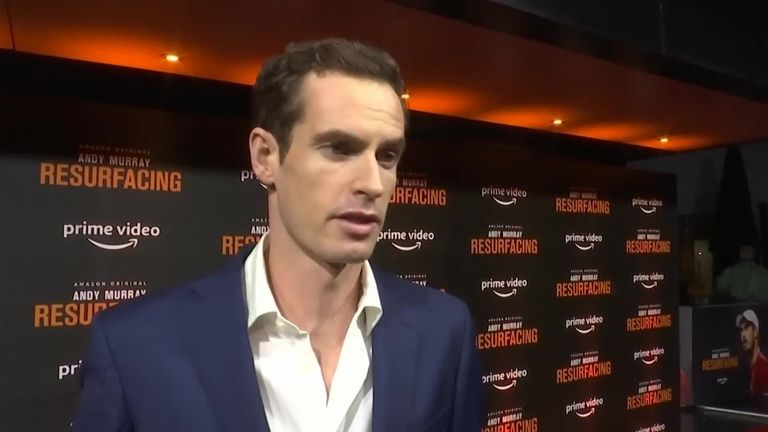 Andy Murray has revealed he contemplated retirement a matter of weeks before winning the European Open in Antwerp in October.

Andy Murray has revealed he contemplated retirement a matter of weeks before winning the European Open in Antwerp in October.

The former world number one is still in the early stages of his comeback from career-saving hip surgery last January, but pinpointed success in Asia as a turning point in his recovery.

After gaining more confidence during tournaments in Zhuhai, Beijing and Shanghai, the Scot produced a remarkable level of consistency to win in Belgium, beating Stanislas Wawrinka in the final to claim his first title since 2017.

Murray said: "Asia was basically where I started to realise I can do this because at the beginning of that trip, literally two or three days before the first tournament in Asia, I was having conversations with my team.

"I was practising and I was like 'no, I am giving this until the end of the year and if I'm not winning matches and feeling better than I am now, I don't want to keep going.'

"I was putting a lot of effort in but my movement wasn't at the right level, but as I started to play quite a few matches it changed quite quickly and I thought I was a lot further away than I was and that was what a lot of guys in the team were saying to me.

"They were saying 'you are much closer than you think' and I won a few matches, started to feel better and maybe as well I gained more confidence in my hip. I stopped thinking about it in matches - which was quite a big step.

Murray, who was speaking ahead of a documentary release on his injury issues over the last year, is eager to play at the Australian Open - the scene where he made public the full extent of his hip problems and tearfully announced he was considering retirement in January.

He added: "I was asked what would be success in Australia and I don't know how I will perform - I'm not expecting to win the tournament - but if I can play a five-set match and get through and have no ill effects on the hip then that is success.

"Because I know I will be able to compete in the major tournaments without having to worry about it.

"I have played three-set matches and some long ones recently, but the best of five is an extra hour, hour-and-a-half on top of that so I will find out in Australia.

"If I can get through that tournament and get through some long matches potentially feeling good it would be a big positive."

A strong Australian Open would raise the possibility of Murray competing in the singles at Wimbledon again and even possibly in the Olympics where he would look to defend his gold medal.

On the prospect of competing at The All England Club again, Murray replied: "To play there, yes. But winning? No.

"I wouldn't put my money on me to win the event just now, but if I can get there and be pain free, I can do well."

Although he was only able to compete in one match for Great Britain at last week's Davis Cup, he confirmed he was "ahead of where I expected to be at this stage" with regard to his hip.

Quizzed on what age he would consider retirement again, the 32-year-old added: "It depends how long the hip lasts basically.

"I could have other injuries on top of that as well. If I am healthy, I'd love to play for as long as I can."