World No 1 Novak Djokovic admits he is now prioritising Grand Slams after winning his eighth Australian Open title at the weekend.

The Serb recovered from a mid-match slump to defeat Dominic Thiem in the final at Melbourne Park, keeping the younger generations excluded from the Grand Slam winners' circle once again.

Djokovic, Rafael Nadal and Roger Federer have now won all of the last 13 majors, with Stan Wawrinka the last to break the stronghold at the US Open in 2016.

The 32-year-old's latest Australian triumph took his tally to 17, two adrift of Nadal and only three behind Federer's all-time record, with it seeming increasingly certain the Swiss will be overtaken by one or both of his biggest rivals.

Djokovic also reclaimed the world No 1 ranking from Nadal, beginning his 276th week at the top of the standings.

Federer's record of 310 weeks is another well within Djokovic's sights, and he has made no secret of how much of a target that is. 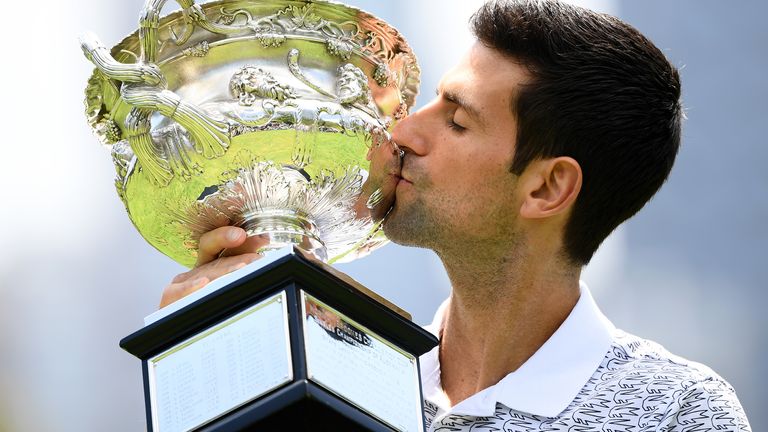 To start off the season with a Grand Slam win significantly boosts your confidence and your expectations are quite high for the rest of the season.

"Obviously at this stage of my career, Grand Slams are the ones I value the most," Djokovic said. "They are the ones I prioritise. Before the season starts, I try to set my form, shape for these events where I can be at my prime.

"Of course there's a lot of history on the line. I do have professional goals. Grand slams are one of the main reasons why I am still competing and still playing a full season, trying to obviously get the historic number one.

"That's the other big goal. I put myself in this position that is really good at the moment. I'm super happy with the way I started the season.

"I've had that privilege to win this big tournament eight times. To start off the season with a Grand Slam win significantly boosts your confidence and your expectations are quite high for the rest of the season. But, whatever happens, this season is already successful."