"My goal is to help more black people play tennis ultimately, and just to be a good role model"

American Frances Tiafoe says he is hoping to be the guy that builds an "unbelievable legacy" by inspiring more black people to play tennis.

Tiafoe was born to immigrant parents from Sierra Leone, with his father working as a janitor at a tennis centre in Maryland while his mother had to work double shifts as a nurse to help the family make ends meet.

The 22-year-old has since risen to a career-high ranking of 29 after reaching the Australian Open quarter-finals for the first time last year and has already made almost $3.5m in prize money. 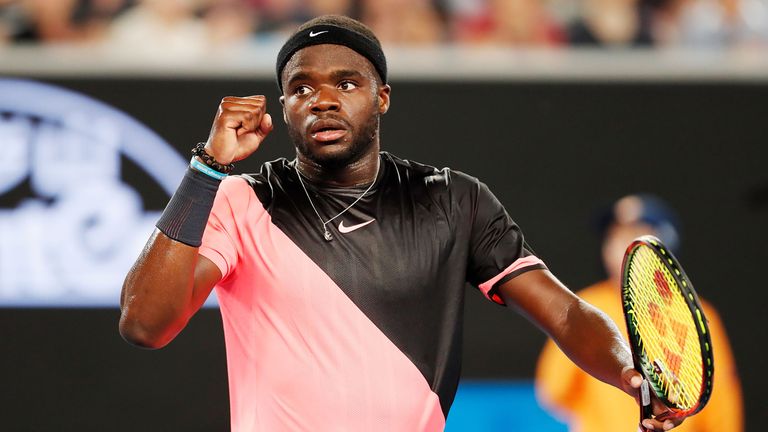 You can argue I sacrificed doing normal things, just being a kid.

He told the men's official ATP Tour website that he wanted to be an inspiration to black people.

"I want to be known as a guy who was caring for the fans, a guy who wants to really build an unbelievable legacy," said Tiafoe.

"My goal is to help more black people play tennis ultimately, and just to be a good role model."

Tiafoe revealed he had promised his parents 10 years earlier that he would change their lives, saying that while he had to give up a lot to focus on tennis when he was young, he loved the game so much it did not seem like a hardship.

"It's got to be a priority. You've got to be able to sacrifice certain things. You can argue I sacrificed doing normal things, just being a kid," he said.

"But I was having the time of my life, so I was really just enjoying it and that's all I wanted to do. I was different than a lot of other kids."