Sachia Vickery: "I think the US Open should go ahead even if it's played without fans"

American tennis player Sachia Vickery has hit out at Novak Djokovic saying he should "go and play a 60k in Troy, Alabama and let us know how hard the conditions are" after the Serb called US Open coronavirus protocols "extreme".

The hardcourt major is scheduled to begin on August 31 but Djokovic has said that it would be "impossible" to play under the protocols, which would restrict players to their hotels with only one support staff.

Djokovic is likely to miss the tournament in New York because of what he called "extremely harsh" protocols in place with the United States still in the grip of the coronavirus pandemic.

The Serb said of the rules in the US: "You would not have access to Manhattan, you would have to sleep in the hotel at the airport. You would have to choose one person who would come to you to the club, there would be no public, no media. They are quite extreme conditions for playing. I do not know if that is sustainable." 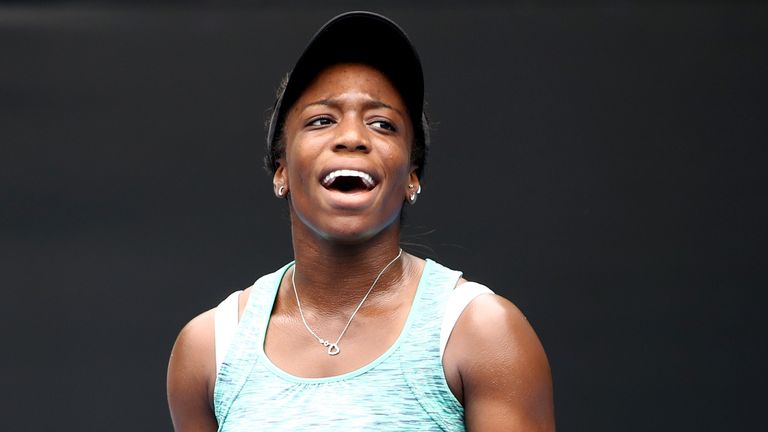 If they (US Open) have to make a few restrictions in order to play tennis again, I don't think it's a big deal.

Vickery, who is ranked 158 in the world, has hit out at Djokovic's comments, telling Sky Sports: "He should go and play a 60k (lower-level tournament) in Troy, Alabama and then come back and let us know how hard the conditions are.

"It's a little selfish to say that in a way because there are so many players who cannot afford to have seven or eight people travel with them in their team. Most of us are used to travelling with just one or two people.

Make no mistake he has earned everything he’s worked for in his career and he’s incredible , my point is not all players have the luxury of traveling with an entire entourage so if they have to make a few restrictions in order for everyone to make a living it’s understandable....

"Obviously he's earned the right to have as many people as he wants but at the end of the day, it's an entire tour. If they have to make a few restrictions in order to be able to play tennis again, I don't think it's a big deal."

Vickery is hopeful of playing at her home Grand Slam which she thinks should be played on its scheduled dates.

"I think the US Open should go ahead even if it's played without fans, which I really don't mind because obviously when you come through playing Challenger events and lower-level tournaments you're used to not having anybody there watching, pretty much," Vickery said.

"If it's a case where that has to happen then definitely they should go ahead and play it, even if it's with restrictions. We'll still get to play it."