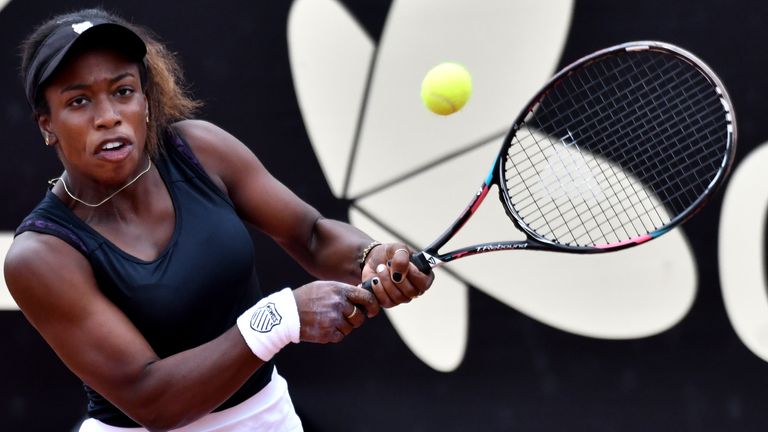 Sachia Vickery has spoken up about being racially abused by spectators at tournaments and through her social media accounts and now she remains hopeful that the Black Lives Matter movement will help educate people.

The American, who is currently ranked 158 in the world, says she has become so used to being racially abused that she has developed a "very thick skin".

Vickery, 25, recalled the time when she suffered a barrage of "monkey noises" during a tournament in South America, while she also spoke about the abuse she has suffered on social media. Asked whether she has been racially discriminated against as a tennis player, Vickery told Sky Sports: "Oh, most definitely. I think I've experienced everything you could probably think of.

"I've played in South America once and I've had people scream 'monkey' at me. I've had people write things to me on social media. I've been called every racial name in the book. I've been at tournaments and it's happened so I'm no stranger to those kind of things, but luckily I have a very thick skin and it doesn't really bother me that much.

"It's something we have to deal with and it's unfortunate that we live in a society like that, but it's just reality."

Vickery says suffering racism of any kind is "not right" in this day and age, adding that it could be "very hurtful".

"I think people just need to be educated," Vickery said of Black Lives Matter. "Maybe a lot of people would like to be involved and know more about it but they just aren't educated on the matter.

"I think this movement has really given people [the opportunity] to read about these things, receive information, and really be more educated on this so they can have a different perspective. I think it's very good."