Andy Murray says his hip "feels better" than in March and has prioritised the US and French Opens over the rearranged Masters 1000 events when the tennis season resumes.

The two-time Wimbledon champion has been out of action since November with a bruised bone which hampered him during Great Britain's Davis Cup campaign, but makes his comeback against Liam Broady in the all-British tournament at the National Tennis Centre.

Murray was set to return to action on the ATP Tour in March, but that was delayed due to the coronavirus pandemic.

With brother Jamie hosting an exhibition round-robin tournament in Roehampton that sees the former world No 1 joined by Dan Evans, Broady, Kyle Edmund, James Ward, Jay Clarke, Cameron Norrie and teenager Jack Draper in the singles competition, it gives Murray the chance to get some competitive action under his belt. 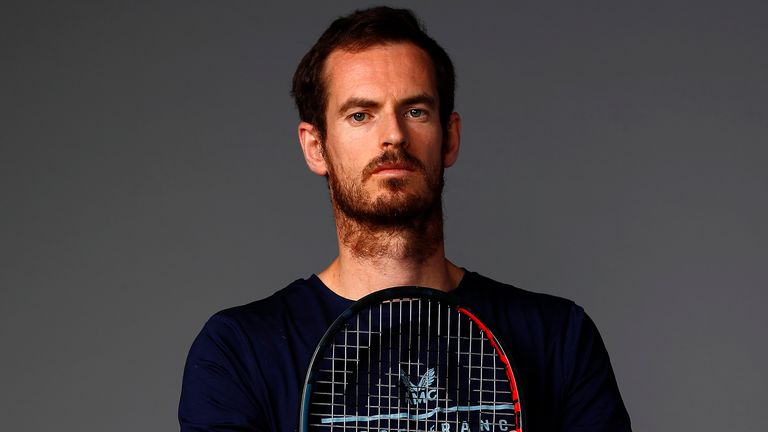 The Grand Slams will be my priority, to play in those ones.

The planned August resumption of the main tour will see two Grand Slams come in quick succession, the US Open and the French Open.

There are several other rearranged Masters 1000 events, but the 33-year-old says his priority are the two majors.

"My hip's been feeling better, probably the last three or four weeks. It feels better than in March," said Murray.

"I think the schedule is tricky. I understand the reasons why it's like that, but I don't understand exactly which tournaments I will or won't play.

"The Grand Slams will be my priority, to play in those ones. But, in terms of what I would do in the lead-up to them, I'm not sure."

Murray would likely be one of the higher profile names to play at the US Open, with Roger Federer out injured and Rafael Nadal and Novak Djokovic dubious about travelling.

One of Djokovic's problems were the safety protocols, which he described as "extreme" and restrict the number of people players can have on site to one.

That would not deter Murray from going to New York.

"I don't mind what the situation is, providing it's safe. If I was told I could take one person with me, for example, you can make that work," he said.

"I would probably go with a physio in that situation, with some coaching done remotely. That's not a perfect situation, obviously.

"To prepare for a grand slam, you'd probably be over there for three to four weeks beforehand, with no coaching input in your practices or anything.

"So, from a performance perspective, that's tricky.

"But I also appreciate that these are unprecedented times, so you have to make do with what's possible. That sort of thing wouldn't bother me much. For me it's more about the safety."

Jamie Murray and Neal Skupski kick off the Battle of the Brits tournament in a doubles match against Broady and Norrie, before Edmund faces Ward and Evans plays Clarke.

Andy Murray is next on against Broady before Draper and Edmund take on Clarke and Dom Inglot in the doubles.