To mark what would have been the start of finals weekend of Wimbledon, The Duchess of Cambridge was joined by surprise guest Andy Murray, as she spoke to young tennis players from Bond Primary School in South London

Andy Murray has described the cancellation of Wimbledon as a "shame", and suggested that as an ageing player his days of competing in Grand Slams are diminishing.

But in advice to young players, he told them that winning and losing were not crucial, and said: "Enjoying playing a sport and being active is the most important thing."

The tennis star's comments came during a surprise appearance at the Duchess of Cambridge's virtual visit to a south London school, and he confessed he had spent much of his time keeping fit by riding his bike rather than practising on court.

During the video call, Murray was asked by Kate if he missed playing matches and he replied: "I think missing the big competitions, because I'm getting old for a tennis player, you never know how many opportunities you're going to have left to play the biggest competitions.

"So missing Wimbledon this week is obviously a shame."

Murray, a double Wimbledon men's champion, is likely have been playing in the tournament that would have concluded this weekend if the coronavirus outbreak had not forced its cancellation.

His career was put in doubt after he was plagued by a hip problem that required surgery in 2019, but he returned to the sport and last month competed in the Battle of the Brits tournament, reaching the semi-finals.

Speaking during the video call, made last week, to pupils from Bond Primary School in Mitcham, the tennis star, who has three young children with wife Kim Sears, said he had found the first five or six weeks of lockdown manageable.

But he admitted he had "started to find it probably a bit harder to find things to do for the kids, to stay creative with ideas and games for them to enjoy".

He said: "We're doing the home schooling which is difficult. It was difficult, but at times I really enjoyed it as well."

He did not play tennis for around 10 weeks, he said, instead staying in shape with cycling.

"I was going out on my road bike, which was something I've never done before, so that's something kind of new that I learned I enjoy during lockdown," he said.

"It's quite important in these times to stay as active as you can because it is good for the mind as well."

The duchess told him: "There's lots of budding tennis players here at Bond Primary School as well. Have you guys got any questions you want to ask Andy?"

The player was asked why he picked tennis as a career, whether he remembered his first tennis match and comebacks from difficult times. 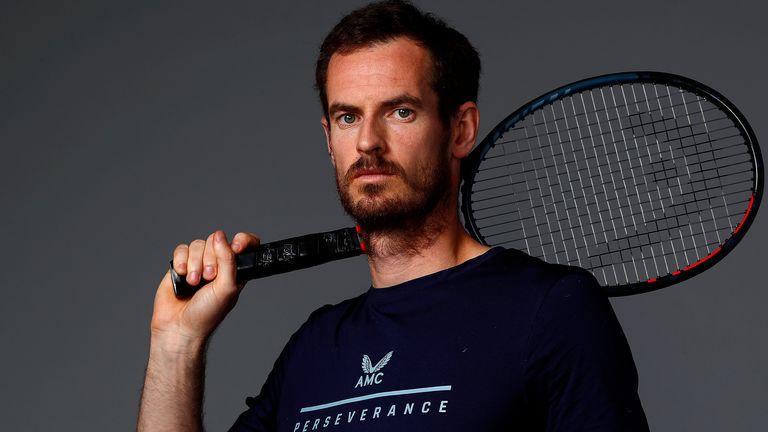 Murray spoke of the importance of having good family and friends around him to help "moving forward and working hard through setbacks".

Kate asked: "And, Andy, have you got any tips for these guys if they want to take up tennis a bit more professionally?"

"The most important thing is to have fun," said Sir Andy.

"If you're enjoying it, you get more out of your lessons and your practising. Listen to your coach, that's very important. That's the two most important things at your age.

"If you're competing or playing any matches, try really hard in them.

"If you do go on to choose it as your career, obviously the winning and losing changes a bit."