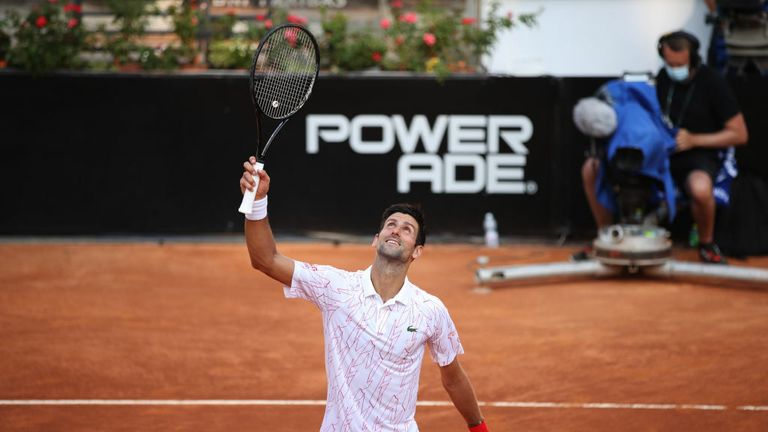 Novak Djokovic moved into a record 52nd ATP Masters 1000 final after a straight-sets victory over Casper Ruud at the Italian Open.

The Serb had to save two set points in the first set before he found his groove to reach the championship match 7-5 6-3. He has now made more ATP Masters 1000 final appearances than any other player.

He will face Diego Schwartzman in Monday's final after he held his nerve to beat Canadian youngster Denis Shapovalov 6-4 5-7 7-6 (7-4) in a dramatic second semi-final.

"It was a tough two-setter today. It was over two hours for two sets," Djokovic said, who equalled Rafael Nadal's tally of Masters 1000 titles by winning the Western & Southern Open last month.

"I definitely had to work hard for most of the points and it was really anybody's game in the first set.

"It was probably the windiest day since we arrived in Rome and it was quite tough to handle that. But the second set was much better, I got used to it and started swinging through the ball better."

Djokovic started sluggishly and trailed 4-5 in the opening set but broke back and won the final three games to take the early advantage in the contest.

The Serb, who fired 12 aces in the match, served with much better accuracy in the second set and broke to go ahead 3-2 before closing out in style. 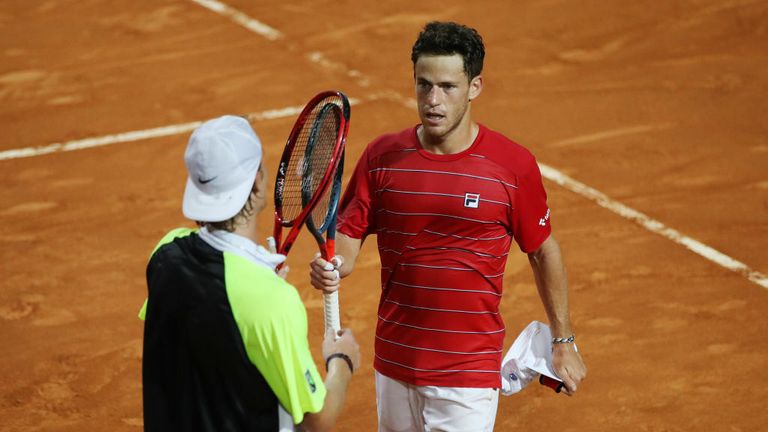 Schwartzman, who knocked out Nadal in the quarter-finals on Saturday, will break into the top 10 of the rankings if he beats Djokovic in the title clash.

"Maybe [it will happen] tomorrow, maybe the next tournaments, but that was in my mind the whole match. I think that's why I won, because I was fighting."