The series, which starts on Tuesday at 9pm on Sky Sports Mix, explores the making of athletes and the driving forces behind their success. The first episode focuses on JudyMurray's career, with future episodes featuring the likes of Steph Houghton and Dina Asher-Smith.

In the first episode of a new Sky Sports docuseries 'Driving Force', Judy Murray explains her ambition and drive, and how a lack of opportunity shaped her desire to create chances for others.

"If you tell me I can't do something, I will go out of my way to prove you wrong," Murray said with a determined look on her face.

She is not the type of person to say something because she 'should' or it's the 'right' thing to say and it will make her look good. Murray lives her life with a fierce resolve and desire to succeed.

She does not care for boundaries or stereotypes. If something hasn't been done, she will go right ahead and find a way to do it. This resolution was formed at a young age, when she had aspirations to reach the top of tennis herself.

Judy Murray will be interviewing the biggest names in sport and exploring stories of success, discrimination and achieving the impossible for a new Sky Sports docuseries 'Driving Force'.

"I think a lot of that [drive] came from the lack of experience that I had as a young player, I would have loved to have played at Wimbledon and been able to go on the circuit, but we really had nothing back then.

"I never saw obstacles as barriers that stopped you, I saw them as things that you needed to find a way to over, under or go around because I never let anything stop me."

With two parents who loved sport and at the heart of their sporting community, as presidents of the golf club and members of various other clubs, Murray grew up with clear examples of how to make things happen.

"They played tennis, badminton at County level and my dad played football to a good level. Hibs would be the biggest team that he played for but they were both very community sports minded," she said.

"My dad hated losing, the competitive spirit and the hate of losing came from my dad. I'm like him and Andy, for sure, is like me."

Like so many aspiring young athletes, Murray did a deal with her dad to take a year off after her exams and see just how far up the ladder she could go.

At the end of the year, she was ranked No 8 in Britain, however only the top six players were able to be part of a squad in Queen's Club. The rest, had nothing.

"It was the difference of two spots, I was that far away from getting everything that I'd dreamed of, or absolutely nothing," she said. 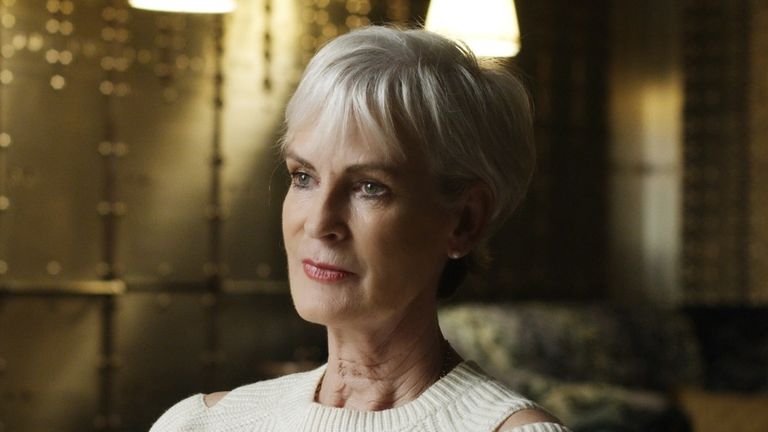 I'm absolutely convinced that a lot my drive came from that fact that there wasn't any opportunity for me when I wanted to do it.

Fast forward some time, and when Murray became a mother of two boys, they were immersed in the same sporting background that she was.

"My brother and I used to play all sorts of sports; it wasn't just tennis. We played golf together, we did squash, went to gymnastics," Andy Murray said.

"They grew up, in and around a really great sporting environment so it wouldn't have mattered what sports they wanted to try, they would have been able to have been pretty good at them," Judy added.

With a competitive nature being handed down from their grandparents and mother, the Murray brothers were always destined to compete. However, a widespread view is that their mother's own drive overtook their own, which simply wasn't the case.

"I think that people still have the misconception that I was a tennis coach and therefore I brought them up to be tennis players… nothing could be further from the truth," Murray said.

"They grew up, in and around a really great sporting environment so it wouldn't have mattered what sports they wanted to try, they would have been able to have been pretty good at them."

When both sons chose tennis as their pathway, Andy selecting it over football and Jamie pushing aside a three handicap in golf, mother Judy focused her drive on creating opportunities for them.

"I had to keep up with them which is why I kept having to do more and more coaching qualifications and going to workshops and conferences overseas to try to learn," she said.

"I took on all sorts of things to try and make some extra money, I realised very quickly when you outgrow your environment you have to travel, down south or overseas.

"The costs to producing young tennis players is enormous. I wish there had been someone who had prepared me for that, but then if there had, perhaps it would have put me off!

There are lot of parents who think they know tennis, but they don’t really know tennis. Judy is just absorbed by the game and she played professionally so she understands it from a player's point of view.

Murray's will to do the absolute best for her sons, was often misperceived.

Instead of her work ethic being hailed and lauded, she was branded a 'pushy mother' and during Sky Sports' new docuseries 'Driving Force', she discusses the impact of those misconceptions.

Her work as a coach and a professional, at the top of the Scottish game, also highlighted to her significant issues with regards to equality in the sport and the way in which females are treated and represented.

Throughout the 'Driving Force' series, she aims to shine a light on inequality and other challenges in sport, with a view to calling out, educating and highlighting the need for change for future generations.

"Driving Force tells the backstory of some of our most successful sportswomen - discovering who and what inspired them and helped them to the top of their game," Murray said.

"We explore their journeys and feature the highs, the lows and the curve balls. It's a fascinating watch and will raise awareness not just of their incredible achievements but also of the issues and challenges that still exist for women in sport."

Watch the first episode of Driving Force on Tuesday at 9pm on Sky Sports Mix and Sky Sports Main Event at 10:15pm. It will also be available On Demand via Sky and NOW TV.