Seven-time Grand Slam singles champion McEnroe also adds he is "pulling for" Emma Raducanu to succeed in establishing herself as a familiar contender on the women's tour for the next decade and beyond.

John McEnroe has questioned Emma Raducanu's decision to split with coach Andrew Richardson in the wake of her US Open success at the end of 2021.

Raducanu parted with her youth coach on the back of beating Canadian teenager Leylah Fernandez in September's final at Arthur Ashe Stadium, and has since been working with Torben Beltz, former coach to three-time Grand Slam singles champion Angelique Kerber.

Richardson had replaced Nigel Sears as Raducanu's coach on the back of her Wimbledon main-draw debut, which saw her reach the fourth round before retiring in the second set of her match against Ajla Tomljanovic due to breathing difficulties.

At the time, McEnroe drew strong criticism for suggesting the occasion had been "a little bit too much" for Raducanu, who would later become the first qualifier to win a Grand Slam singles title. 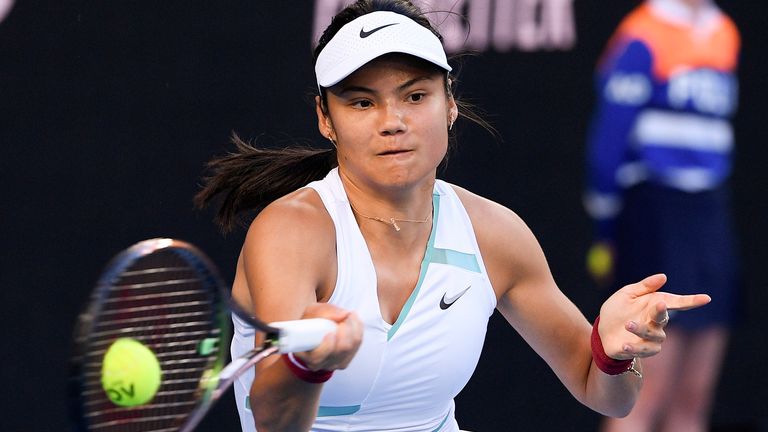 Raducanu recently suffered a second-round exit at the Australian Open, losing to Danka Kovinic in three sets having seen off Sloane Stephens in her opener.

"It's going to take some time to see how she handles [the pressure], I'm sure at times it's overwhelming," McEnroe told the Daily Mail. "It was overwhelming for her at Wimbledon and then she had this magical run [at the US Open].

"I don't know why she then decided to change coaches. You would think if a coach took her to the US Open Championship that you wouldn't say that I need a new coach."

McEnroe, a seven-time Grand Slam singles champion, stood by his comments at the time and later hailed her feat at the US Open as 'insane'.

He has now added that he is rooting for the 19-year-old to establish herself as a permanent contender on the women's tour over the coming decade, insisting Raducanu has "everything".

"It would be unbelievable if she's around for the next 10 years doing well, that would be outstanding," he said. "She seems like a sweet girl, she's got game, charisma, she's got everything! I'm pulling for her, it's not going to be easy, I'm sure she's trying to figure it all out right now."

It was recently confirmed Raducanu is due to be on court at the WTA 250 event in Guadalajara, Mexico from February 21-27.