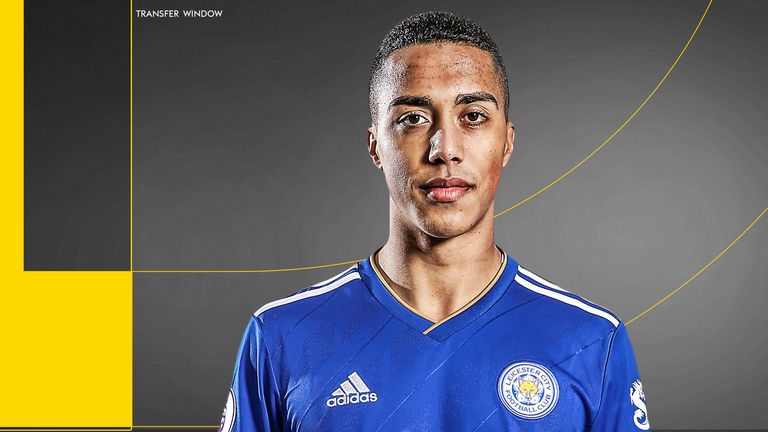 Youri Tielemans was pivotal in Leicester's transformation under Brendan Rodgers - but now the Foxes are looking to sign him on a permanent deal and fend off interest from Manchester United and Tottenham.

The midfielder is a regular in the Belgium national team and is set to star in the upcoming European Qualifiers against Kazakhstan and Scotland, live on Sky Sports - but his club future is far less certain than his place in the national side.

Tielemans is still only 22 years old, despite playing at the top level for six years now - representing Anderlecht in the Champions League at the age of just 16, before joining Monaco for £21m in 2017.

The Belgian joined Leicester on loan in January after falling out of favour at his parent club, with Adrien Silva heading in the opposite direction. But Tielemans has stated he expects to return to France "unless something's moving".

"I'm sure the club [Leicester] will do everything they possibly can to bring him in."

So in what areas does the youngster excel and where would he fit at Manchester United or Tottenham?

But Tielemans has still achieved considerable success with through balls behind those lines - ranking third among midfielders to clock 1,000 minutes or more for threading intricate passes between defences.

In addition, the Belgium international also ranks third for assists in open play per 90 minutes, sixth for big chances created and seventh for shots on target. According to the Power Rankings, Tielemans had a relatively slow start in England under former Foxes manager Claude Puel, during defeats against Tottenham and Brighton.

But that form picked up significantly upon Rodgers' appointment in late February and he produced standout performances against Fulham, Bournemouth, Huddersfield and the 3-0 scalp over Arsenal in April. 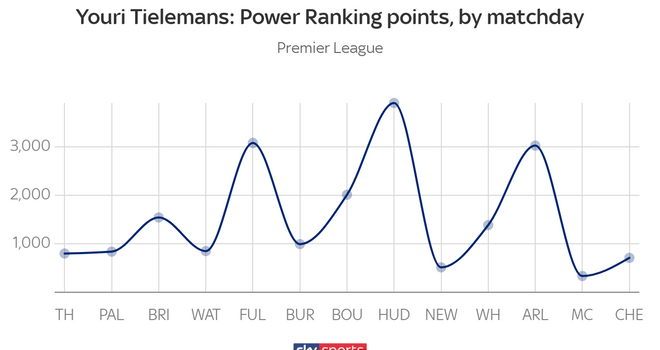 Tielemans has been primarily stationed on the centre-right of midfield and has covered both defensive and offensive duties effectively. 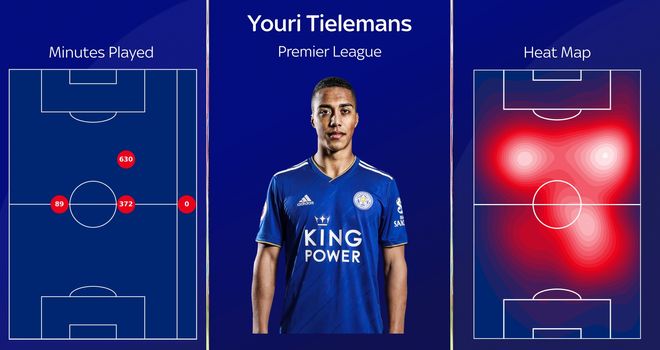 The graphic below shows every assist or chance created by Tielemans in the Premier League, revealing how the Belgian typically roams in the attacking third and makes angled through balls. 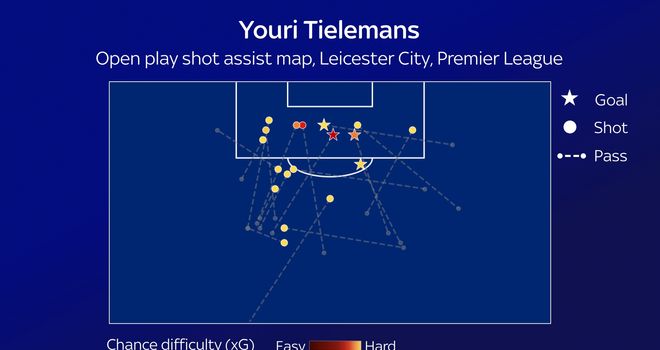 His passing directions, presented in the sonar graphic below, also oozes progressive and successful distribution - typically looking for angled exchanges towards goal from deeper in midfield or the killer through ball. 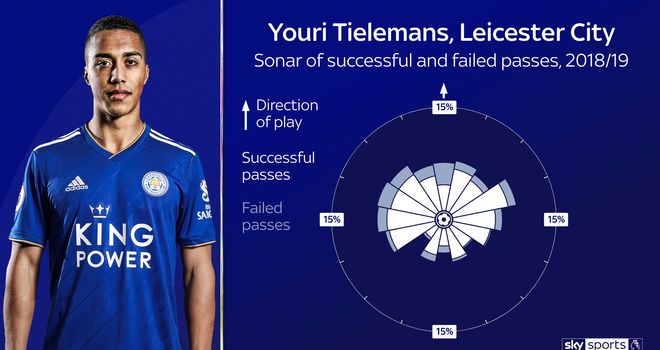 Those passes have typically exchanged with full-back Ricardo Pereira and Maddison, combining in equal measure with the former, while Maddison frequently received the ball in a more advanced position. 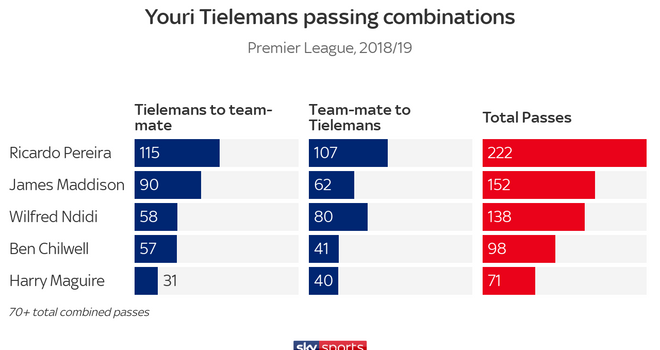 In terms of running, Tielemans records fairly average figures for top speed and sprints but excels for distance covered - ranking 27th in the top flight with his 11.06 km per 90 minutes.

However, Football Whispers data provides a range of alternative players with similar skillsets to Tielemans - if Monaco recall the midfielder this summer.

"I do not know what is going to happen this summer. I feel really good here, but I have to see the other options too."