Alisson's impact on Liverpool's defensive improvement should not be underestimated. Here, we take a look at why...

No team in the history of the Premier League has conceded fewer goals than Liverpool have at this stage of the season. Jurgen Klopp's team have conceded only six times in 16 games - a dramatic improvement on the 20 they had let in after 16 games last time around.

Given that the defensive solidity began with the signing of Virgil van Dijk in January, much of the change has been attributed to their £75m centre-back. The ongoing development of Trent Alexander-Arnold and Joe Gomez in defence has been a factor too, of course.

But the acquisition of Alisson must not be overlooked when assessing Liverpool's remarkable defensive record so far this season. They have been better organised but it has needed the Brazilian goalkeeper to turn the Reds into the league's best defence.

Simon Mignolet has been the starting goalkeeper for 73 of Klopp's 122 Premier League games, while it was, of course, Loris Karius between the posts for the Champions League final. Gary Neville explained on Monday Night Football why Alisson is such an upgrade. 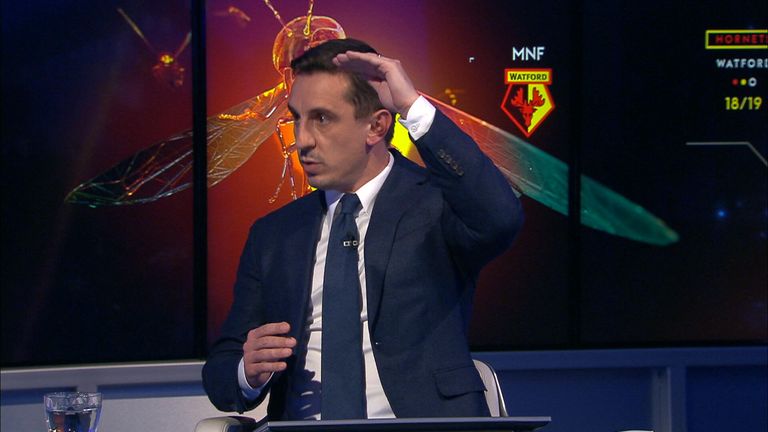 "But then, when you have seen the riches of Peter Schmeichel and Edwin Van der Sar, and see goals going into Liverpool's net that commentators say they couldn't do anything about that, you think, yeah, they could. The best goalkeepers in the world, they save them.

Alisson's brief time at Liverpool has not been blemish free. His ill-judged attempt to dribble his way past Kelechi Iheanacho against Leicester cost his team a goal. But fortunately for him, it did not cost any points. There are many more examples of him winning them.

His brilliant save from Chelsea's Eden Hazard allowed Liverpool to salvage a point at Stamford Bridge. His side were already a goal down midway through the second half when he denied Hazard in a one-on-one situation. Daniel Sturridge went on to equalise late on.

More recently, in the Merseyside derby against Everton, Alisson moved his feet brilliantly to stop Andre Gomes' header from point-blank range with the score at nil-nil.

The evidence is more than anecdotal. Alisson's save percentage of 86 per cent is the best of any goalkeeper in the Premier League this season and further drilling into the data reveals that, as good as Liverpool's defence has been, those saves have not been unusually easy.

Data analysts StatsBomb have calculated the expected goals value of the shots on target that each Premier League goalkeeper has faced so far this season. This makes it possible to establish how many goals that a goalkeeper has saved his team versus expectation.

Based on the shots that Alisson has faced this season, he would have been expected to concede an average of 11.14 goals. Instead, he has conceded only six. This is the biggest favourable difference of any goalkeeper in the Premier League this season.

The significance of this can hardly be overplayed. Not only have Liverpool drawn three matches in the competition so far this season, but they have won a further five by only a single goal. If Alisson had performed like an average goalkeeper, Liverpool would not be top.

This comparison with 'the average goalkeeper' is particularly pertinent when it comes to Liverpool because, as Neville suggests, this was a problem for the club prior to Alisson's arrival. As the StatsBomb analysis of last season's data reveals.

It is no surprise that Manchester United's David de Gea boasted the greatest number of goals saved above average in the Premier League in 2017-18 - restricting his team's opponents to 13 fewer goals than they might have expected to score from those shots.

Does Alisson make it into your Fantasy Six-a-Side team this Super Sunday? Decide here.

But the contrast with Liverpool was stark. Karius' keeping cost the Reds 0.53 more goals than they might have expected to concede from the shots that he faced. Mignolet, in just 19 appearances for Liverpool last season, gave up 4.01 more goals than expected.

Even in a season in which he has not been at his very best, De Gea's record remains superb - the fourth best in the Premier League this season. But the difference when Liverpool host Manchester United on Sunday is that the home side have a great goalkeeper of their own.

It is Alisson's presence that could make the difference for Liverpool.

Get Sky Sports to see Liverpool take on Man Utd this weekend. Find out more here.