Jurgen Klopp's side have lost more days from injuries and absentees than any other Premier League club this season; relegation battlers Sheffield United, Newcastle, Burnley, Southampton and Palace also suffered from sidelined stars 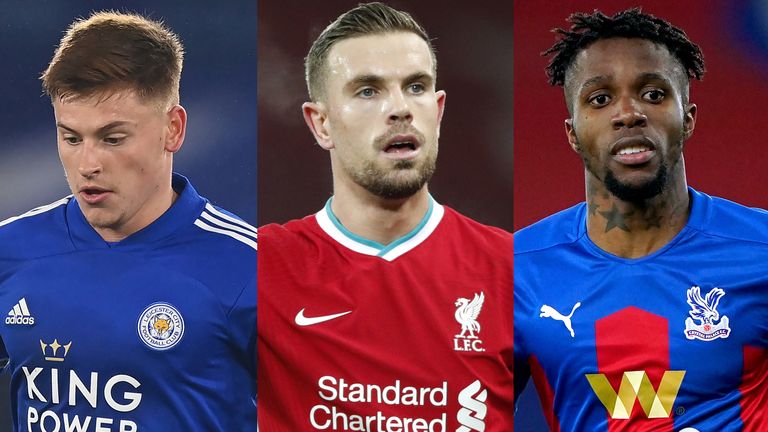 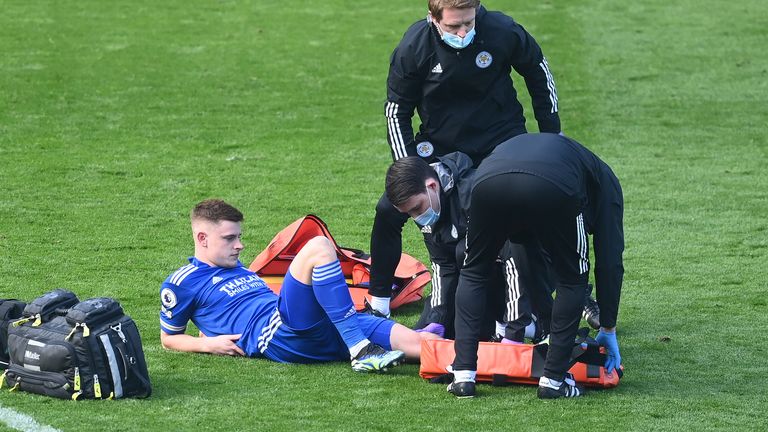 Harvey Barnes was one of several players to suffer injuries

The injury lists keep growing as the games keep coming, but could injuries determine the top-four race?

But Leicester - also fighting to secure a top-four spot - have a league-topping nine players on the treatment table after in-form Harvey Barnes was ruled out for up to six weeks with a knee injury - joining Jamie Vardy, James Maddison, Wesley Fofana, James Justin, Jonny Evans, Ayoze Perez, Dennis Praet and Wes Morgan on the injury list.

Crystal Palace also have nine players sidelined, while Leeds, Newcastle, Sheffield United and Southampton all have seven. At the other end of the scale, Manchester City, Arsenal and Tottenham all currently have only one absentee.

In terms of days lost from injuries, Liverpool players have missed a league-high 1,029 - nearly 200 more than the next worst-hit club Crystal Palace, according to Premier Injuries data. But the chart below reveals Leicester and a raft of relegation battlers have also suffered.

Reported injuries only include periods sidelined by nine days of more since the opening weekend, up to and including March 1.

So has the condensed schedule contributed to these injuries? Well, reported absences are up 9.9 per cent compared with the period up to matchday 26 last season. But the chart below suggests the majority of teams that have played the most games have actually suffered least - linked to higher rates of squad rotation per game.

Chelsea, Arsenal, Tottenham and Manchester United are among a group of clubs that have played more games this season due to European commitments - but are also among the least-affected by injuries.

The chart below suggests the reason for this is a higher rate of squad rotation. However, Liverpool, Leicester, Newcastle and Palace appear to be disproportionally affected by injuries - which could prove costly in their respective battles come May.