2022 World Cup in Qatar: When can England qualify?

England dropped points against Hungary but responded with Albania thrashing to stand on brink of sealing place at next year's World Cup in Qatar; follow San Marino vs England with our live blog and watch highlights shortly after full-time 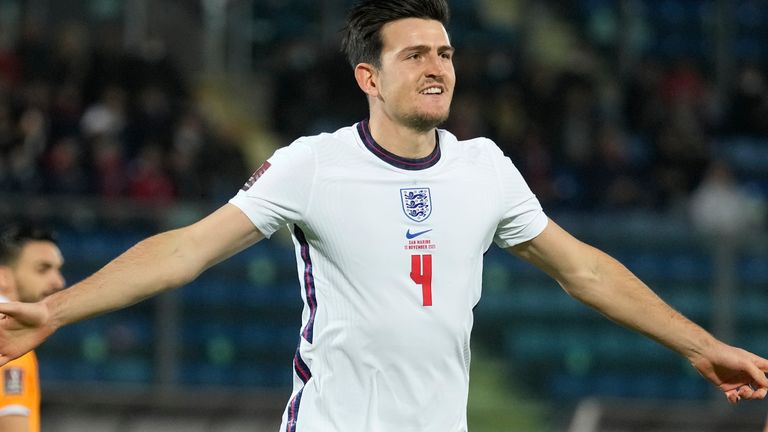 England need just one point to be certain of qualification to the 2022 World Cup.

England's lead at the top of Group I was cut to three points last month when they were held to a 1-1 draw with Hungary at Wembley, while Poland beat Albania 1-0 to move into second place and turn up the heat.

But Gareth Southgate's side roared back with a 5-0 thrashing of Albania to finally close in on an automatic place at next year's finals.

England would have qualified with a game to spare had Poland slipped up against Andorra but Robert Lewandowski scored twice in a 4-1 win.

The Wembley mauling, however, means England only need to avoid defeat in San Marino - the world's worst side - on Monday to win the group and reach Qatar.

Even if England do lose, Poland must beat Hungary with a seven-goal swing to send England into the play-offs.

Poland will likely have to settle for the play-offs - and reaching Qatar with a second-placed finish is not straightforward.

The 10 runners-up from the group stage will join two group winners from last season's Nations League in a mini-tournament in March that will see only three more teams qualify.

The tournament kicks off on Monday November 21 at the Al Bayt stadium in Al Khor with a match that will feature the host country.

The tournament will feature 32 teams in eight groups of four.

The finals draw is scheduled to take place in April 2022, after the March window for international fixtures.

The Premier League has confirmed key dates for the 2022/23 campaign, with the season adjusted to accommodate a World Cup that takes place in the middle of the domestic calendar.

The season will start a week earlier than normal on August 6 2022, with 16 matchdays taking place up to the weekend of November 12/13, before the tournament kicks off on November 21.

The Premier League will resume on Boxing Day following the World Cup final, which takes place on December 18.

Follow San Marino vs England on Monday (kick-off 7.45pm) with our live blog, and watch free match highlights on the Sky Sports website and app, as well as the Sky Sports Football YouTube channel.