Manchester United will be clear at the top of the Premier League with a positive result at Burnley on Tuesday. Listen to the Pitch to Post Preview Podcast for an assessment of their title chances, plus Bruno Fernandes and Donny van de Beek debates.

Manchester United need just a point at Burnley on Tuesday to move clear at the top of the Premier League - a remarkable achievement, given some of their struggles earlier this season.

A run of eight wins in 10 games has propelled Ole Gunnar Solskjaer's level with Liverpool at the summit and now they have the opportunity to take the outright lead with their game in hand at Turf Moor, live on Sky Sports.

They will then go to Liverpool on Sunday - again, live on Sky Sports - for a pivotal game at Anfield.

Sky Sports News reporter James Cooper follows the twists and turns at the club closely and gave his verdict on where they stand on the latest Pitch to Post Preview Podcast. 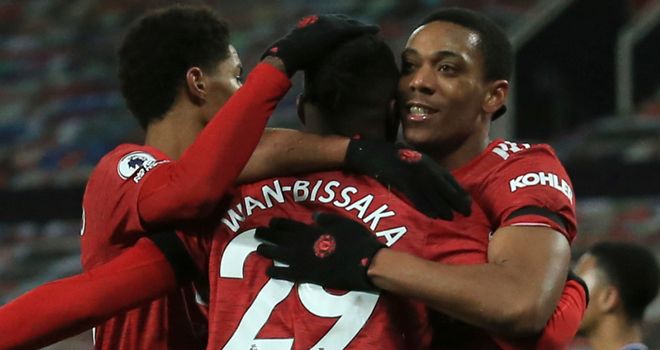 He says United's lofty position would have been unexpected at the start of the campaign and warned they still have a long way to go until they're the finished product - but success-starved United fans will be enjoying seeing their side back in the mix.

"It's incredible and it's lovely to be smiling when talking about Man Utd," he told the Pitch to Post Preview Podcast.

"We've talked enough about how it hasn't been going to plan, the pressure, and all those sort of things which come with the horrible defeat to Tottenham, for instance, or the defeat out in Istanbul, which was a real low and led to that exit from the Champions League.

"Man Utd fans got used to being in title races but the last title was in 2013. We know Jose Mourinho speaks about his 2018 second-place finish to Manchester City but he was 19 points behind Man City. It wasn't a title race at all; it was a procession for Pep Guardiola and Man Utd managed to hang on to the very edge of their coattails to get that second spot.

"There is a great deal of excitement. I don't think anyone thinks this is the finished Man Utd - I don't think Ole Gunnar Solskjaer even thinks that's the case. I think he thinks it's still in development and what the [Carabao Cup semi-final] Man City game at Old Trafford a few days ago showed you was maybe City are the ones in the ascendency.

"Now, a draw or a win at Burnley and they walk into Anfield at the weekend with everyone else looking up to them, which is something I don't think any Man Utd supporter thought at the start of this season would be the case.

"It does show what a strange, odd season it is. I don't think they're at the same level as Liverpool and Man City but what we are seeing is some really, really good footballers who suddenly have the benefit of their fitness but also the confidence of not having this Man Utd thing weighing down on them but energising them and that's a big difference as well."

Edinson Cavani returns from suspension in time to play Burnley and Cooper believes he will give them a focal point in attack they have been missing, particularly in last week's Carabao Cup semi-final defeat to Man City.

But if United can get two positive results this week, the disappointments of that cup loss to their neighbours will be overwhelmed by the anticipation of what they could achieve in the Premier League this season.

"Man Utd have missed Cavani. He's been a huge miss," said Cooper. "Without getting into the politics, one of the benefits of that is we'll see him come back into the squad for the Burnley and Liverpool games. 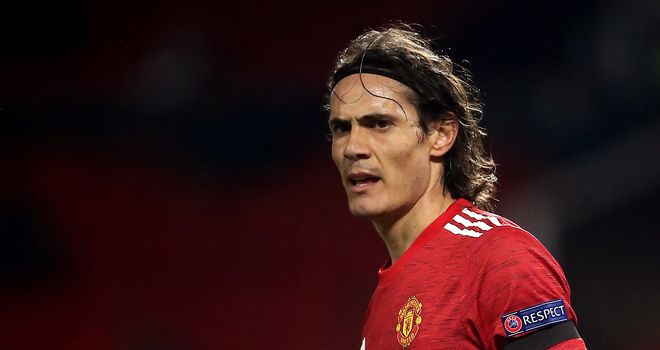 Edinson Cavani could return from suspension against Burnley

"And you've got a fresh Cavani, who has scored all of his goals away from home for Man Utd, who is probably a bit angry as well, and he's someone they may want to drop in to that game against Burnley and think 'that's a different sort of Man Utd'.

"Speaking to people at United about that City game, having Cavani there would have given a different point of attack, a different emphasis and allowed other players to do other things.

"[If United get positive results at Burnley and Liverpool] their tails will be up and people will be quite rightly talking about Man Utd challenging."

"But what will help is avoiding defeat against Burnley, perhaps even going to Turf Moor and winning, getting some sort of result against Liverpool - and if those two things happen, I don't think it will matter the Man City game.

"United's tails will be up and people will be quite rightly talking about Man Utd challenging - rather than being a proper title challenger."

There's more Man Utd analysis on the Pitch to Post Preview Podcast, including their FA Cup win over Watford, why resting Bruno Fernandes in that game could be important, and whether Donny van de Beek boosted his chances of more first-team action.

Plus we look ahead to other standout midweek games, including Arsenal's clash with Crystal Palace, Sheffield United vs Newcastle, and we get the latest on the coronavirus situation at Aston Villa.