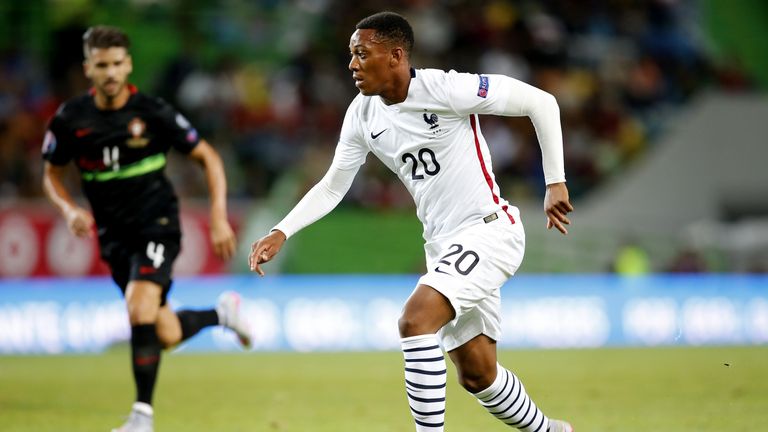 Anthony Martial has become the most expensive teenager in world football

Martial became the most expensive teenager in football history on Deadline Day as he left Monaco for an initial £36m to sign a four-year deal at Old Trafford.

The 19-year-old, who has been compared to former Arsenal and Barcelona forward Thierry Henry, has had his move to United questioned, with the Sunday Supplement panel branding the deal an "expensive gamble".

But Saha, who enjoyed a trophy-laden four-year spell at United, believes Martial will bring a different dimension to United's attack and has backed him to torment unsuspecting Premier League defenders.

"He's got that speed, that power, he's got that youth in him so he'll surprise a lot of defenders because they don't know him," Saha said.

"It's a great asset for Manchester United and that's what they needed because up front they lack speed sometimes.

"In France we call him the next Thierry Henry because he can play left or right and he's got a great ability with the ball.

"He can take on three, four players with ease, there is no problem. At the same time, the new generation have no fear.

"In France we call him the next Thierry Henry because he can play left or right and he's got a great ability with the ball."

"He's got such an ability that he can win trophies for Manchester United I believe that, but I don't want to put too much pressure on him."

Martial could be in line to make his Manchester United debut this weekend, with Liverpool the visitors to Old Trafford on Saturday Night Football.