Sky Sports exclusive - Arsenal boss Mikel Arteta: "We have to react daily. We don't know what the financial situation is going to be, we don't know the rules, the timing, the window"

Mikel Arteta has revealed he is planning "two or three different scenarios" when it comes to Arsenal's summer transfer window.

FIFA announced on Wednesday that they are to allow the summer transfer window to be moved and has recommended player contracts be extended until the season ends.

Arsenal currently have Dani Ceballos and Cedric Soares on loan while they also have the option to buy defender Pablo Mari. Arteta claimed last month that the Gunners need to sit down with captain Pierre-Emerick Aubameyang before the end of the season and thrash out a new deal.

Speaking exclusively to Sky Sports, the Arsenal boss said: "I'm planning two or three different scenarios that we can face. Depending on one of those three, we will be able to do more, less or nothing.

"We have to react daily. We don't know what the financial situation is going to be, we don't know the rules, the timing, the window. There are so many things we cannot control at the moment." 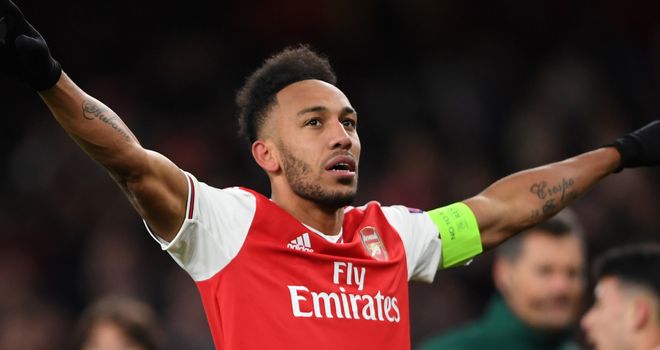 Arteta has admitted the connection between Arsenal, its players and supporters was in a "difficult state" when he arrived at the club.

Arsenal were without as many as 10 first-team players when Arteta joined the club during the congested Christmas period, but there were signs of momentum building before the coronavirus pandemic brought a halt to the campaign.

"I went through a lot when I got here... I had eight or 10 players injured, and there were a lot of issues to deal with. The connection between fans, players and club was in a difficult state at that moment. We had to change that energy, the belief and the commitment from the players. "I was very pleased because everyone was on board with what we were doing. We started to win three or four games in a row and there was a much more positive mindset around the place."

Arteta has also been sharing his challenges during the current lockdown as he bids for Arsenal to hit the ground running once football returns.

The former Manchester City assistant had enjoyed an encouraging start to his first managerial role after replacing Unai Emery at the Emirates, but he admits the younger members of his squad will be finding the current situation harder to handle.

"The experienced players have families around them and kids that are occupying them. Those of us with children only realise now how hard it is at home when we are away from our wives! "For the young players, some of them are alone in their apartments and there are long days. We have to be caring for them and we have to keep them busy and try to do things to improve their development and education.

"I like to make them all think and assess themselves as people, too. I'd only been here for three months, so it's been a chance to get to know them a little bit more, break some boundaries. We're having some really good conversations." Arteta acknowledged the unprecedented scenario and revealed that having shown symptoms and tested positive for Covid-19, he has now "completely recovered", with the Spaniard admitting it took up to a week for him to return to a normal physical condition.

"Either mine wasn't a very strong virus or my immune system was pretty good," Arteta said. "The same day that we were told that we were at risk because we were in contact with the Olympiakos owner [Evangelos Marinakis] was the exact day when I started to show some symptoms.

"I felt a huge responsibility as I knew the next day we were playing Manchester City. I had a feeling inside of myself that something was wrong. We had to make the point and make it clear. We spoke to the Premier League about bringing the case forward as we knew we could expose ourselves to people.

"I pulled the doctor and the CEO to my house telling them that we had a situation due to my symptoms. We had players that had been in contact so we said the decision was too big for us alone to make. We had to communicate this with the Premier League and Manchester City in order to protect everybody. We made the right call." Arteta revealed that his wife Lorena Bernal also contracted the virus at his home but that they have both now recovered.

"I've been in touch with him... he was worried about his parents before because they're getting older and they'd been trying to isolate. It's really sad news. I know the family really well. I send my condolences to them and hopefully they can go through that all together."

What next for Arteta and Arsenal?

The 38-year-old admitted that he has plenty of plans afoot to adapt and evolve at Arsenal, with the club currently ninth in the Premier League table with 10 games remaining.

"This is a good time to reflect on what we're doing. I joined at the busiest moment in the calendar year in December. We had some momentum, and it's a shame that we had to lose it but we have to make the most out of this time."

Arteta confirmed the Arsenal first-team squad remain in London carrying out their own individual training programmes from their homes as the Premier League awaits further news on when it will be safe to resume the season based on government guidelines.

"We're doing work with them and we're trying to engage them," the Gunners boss added. "We're close to them and up until now, it's been a very positive response from them.

"We cannot touch each other at the moment, but we're having group and individual talks. It's so important that we keep connected so they can see there's a relation between what we're doing now and when we restart training. They're bored and as young players they have a lot of energy!"