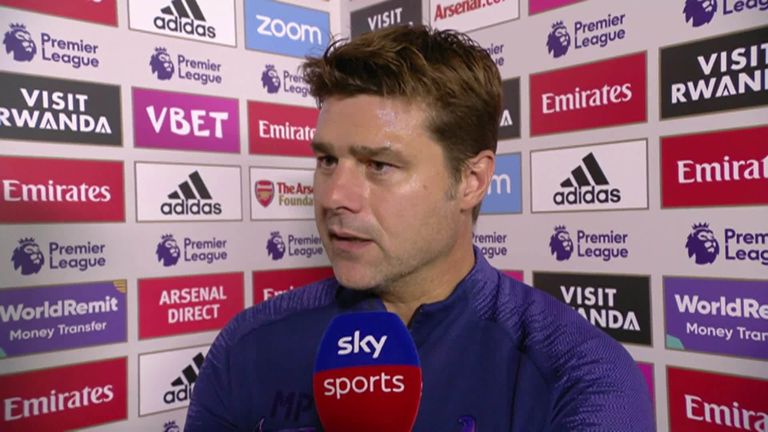 Speaking after Spurs’ 2-2 draw with Arsenal, Mauricio Pochettino said he is optimistic for the future with the transfer window shutting on Monday

Pochettino restored Eriksen to the Spurs starting line-up for Sunday's 2-2 draw at Arsenal, a decision which reaped an instant reward as the Denmark international opened the scoring 10 minutes into the north London derby.

Eriksen's future has been uncertain after he expressed his desire to "try something new" in the wake of Spurs' Champions League final defeat. 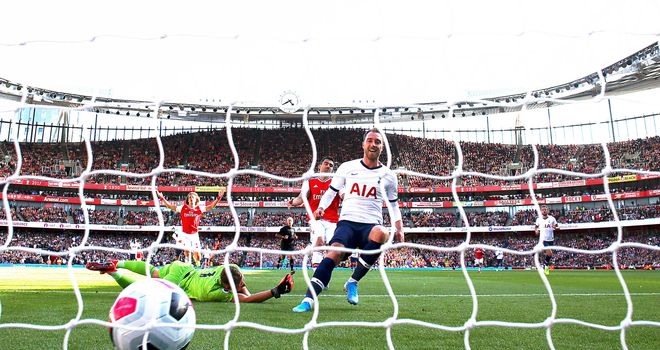 Speaking after the draw at the Emirates, Pochettino was asked if he could guarantee Eriksen's stay at the club. He replied: "No, there are still hours, or one day. I want to say that it is impossible, but it will be difficult.

"Nothing is impossible in football, [but] I am optimistic. The most important thing is that there is only 24 hours. I hope everything will be clear for everyone.

"The team was unsettled, and I was a little bit worried about the situation because we knew very well what was going on. But now I am optimistic and happy.

"After tomorrow, Christian and different players are going to be focused 100 per cent only on Tottenham and not thinking of different things that make management so difficult.

"The most important is that we knew what was going on when we finished the Champions League final. We have to learn from our mistake and from now we have to decide on a strategy that ensures we are going to be in the position we deserve to be."

As well as toasting the closure of the transfer window, Spurs could also have been celebrating a first league victory away at Arsenal since 2010 having led 2-0 inside 40 minutes.

Eriksen scored his 50th Premier League goal was added to by Harry Kane's clinical finish from the penalty spot - his 10th goal in 10 games against Arsenal - but the Gunners crucially got one back on the stroke of half-time through Alexandre Lacazette and then Pierre-Emerick Aubameyang's equaliser earned a point.

Pochettino was left to rue Lacazette goal deep into first-half stoppage time, adding: "That goal that we conceded in the last action of the first half gave the belief to Arsenal.

"Of course it was a big emotional hit for us because from here in one action you were down. For them the same they were down and suddenly their emotion was high and the belief in football is about emotions. For sure, if we don't concede at the end of the first half, I think we will win the game.

"Overall, the most important for us is not the table, not the points, it's the performance. We have recovered the good feelings after Newcastle and a very tough summer - all that happened in these last four weeks. That is the most important."