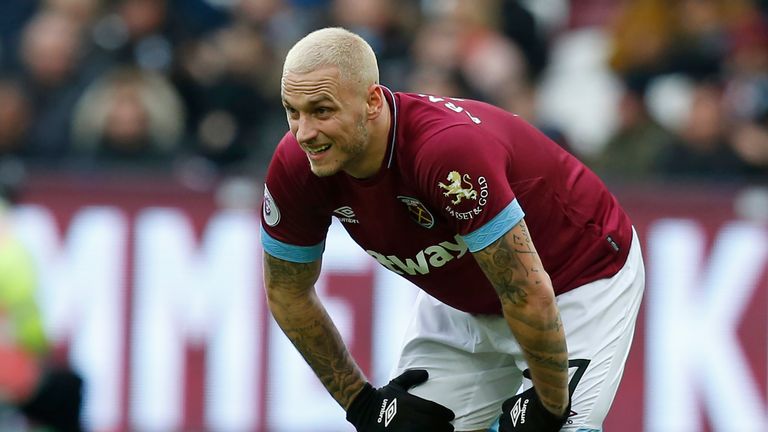 Marko Arnautovic is expected stay at West Ham after his suitors from the Chinese Super League failed to meet the Premier League club's valuation of the striker.

West Ham were never keen to sell the Austrian forward but a transfer appeared likely as he waved goodbye to the club's supporters when he was substituted during last weekend's victory over Arsenal.

However, with Guangzhou Evergrande and Shanghai SIPG having failed to meet West Ham's £50m asking price, the 29-year-old looks set to remain in London. With the Chinese transfer window remaining open until the end of February, the situation could still change but the difference in valuation is significant.

There is a 100 per cent transfer tax applied to deals for overseas players being signed in China, meaning any club wanting to sign him would effectively have to pay double the transfer fee.

Meanwhile, each Chinese Super Club team is only allowed to have four foreign players in their squad. Pellegrini revealed Arnautovic has been training well despite interest from China

Arnautovic has scored seven goals in 16 Premier League appearances for West Ham this season, but was left out of the squad for Saturday's defeat at Bournemouth.

West Ham manager Manuel Pellegrini had previously insisted he would have the final say over Arnautovic's future. Talks have been held between representatives of both clubs, but the La Liga club are reluctant to let him go this month as they are fighting against relegation.

It is thought they would demand more money this month compared to a sale in the summer.