Chelsea not expected to try and keep Gonzalo Higuain 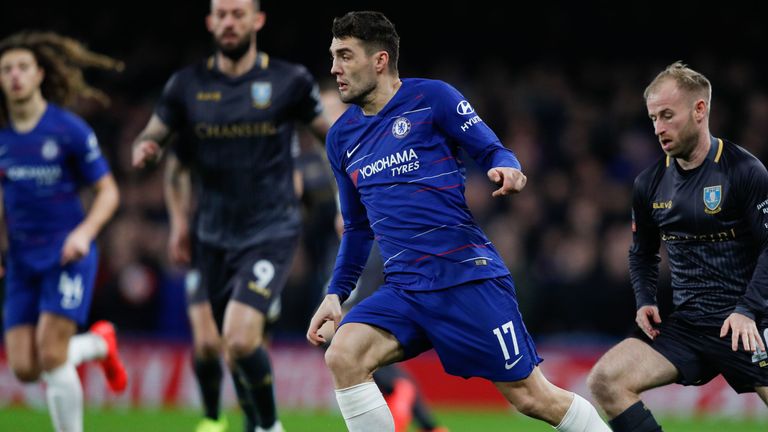 Despite a transfer ban, Chelsea have reached agreement with Real Madrid over the permanent transfer of Mateo Kovacic

Chelsea have reached an agreement with Real Madrid over the permanent signing of Mateo Kovacic, according to Sky sources.

Despite Chelsea's transfer ban, midfielder Kovacic can be signed because he is registered with the club following his loan spell last season.

That loan deal expires on June 30 - so Chelsea need to finalise the permanent deal before then.

And Chelsea have agreed a fee of 45 million euros (£40.25m) with Real for the Croatia international.

Juventus forward Gonzalo Higuain was also on loan at Stamford Bridge last season but the Europa League winners are not expected to try and retain his services.

Kovacic was a key member of the Europa League winning squad and the 25-year-old also made 32 appearances in the Premier League.

The serious injury suffered by Ruben Loftus-Cheek at the end of last season meant Chelsea would have been short of options in midfield if Kovacic had not been retained.

He could be working with Frank Lampard next season - Chelsea's all-time leading goal scorer has been cleared to speak with the club about the manager's position following Maurizio Sarri's departure.

"Kovacic was on loan at Chelsea last season from Real Madrid and as part of his loan agreement there was a clause giving Chelsea the option to make the move permanent for £45m before June 30.

"And it looks like Chelsea have exercised that option and sign the Croat on a permanent deal."

Start your day with Good Morning Transfers at 9am as our team of reporters and pundits bring you the latest news and insight. Transfer Talkthen follows at midday delivering the biggest stories that matter to you. And join us at 7pm for the definitive round up of the day's news with The Transfer Show.