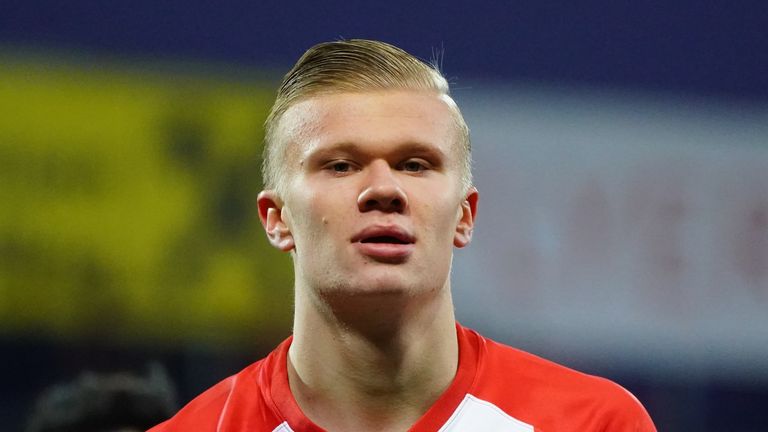 Red Bull Salzburg's teenage striker Erling Haaland says he in unfazed by transfer speculation amid interest from a number of top European clubs.

Haaland, the 19-year-old son of former Leeds and Manchester City midfielder Alf-Inge, faced the media ahead of Salzburg's must-win Champions League game against Liverpool on Tuesday.

With Manchester United, Liverpool, Real Madrid and Barcelona just some of the clubs keen to sign the striker - who is valued at £80m - questions on his future were inevitable.

Asked how the speculation affects him, Haaland said: "I just focus on my job - playing football - to enjoy what I do every day and to go in with a clear mindset to be in the present and enjoy the moment right now. "My focus is Salzburg and me as a player. So it's not hard at all. I'm enjoying playing football."

Haaland's form in front of goal this season - 28 goals in 21 appearances, including eight goals in five Champions League matches - has only intensified interest in the 6ft 4in Norwegian striker.

But it is understood potential suitors may have to be patient in their pursuit of Haaland as he is considering a proposal to stay affiliated to the RB with a move to Bundesliga outfit RB Leipzig.

'Haaland has handled himself incredibly well'

Jesse Marsch, the Red Bull Salzburg head coach, has been impressed by the teenager's handling of the situation and is working with his father to keep his feet on the ground. 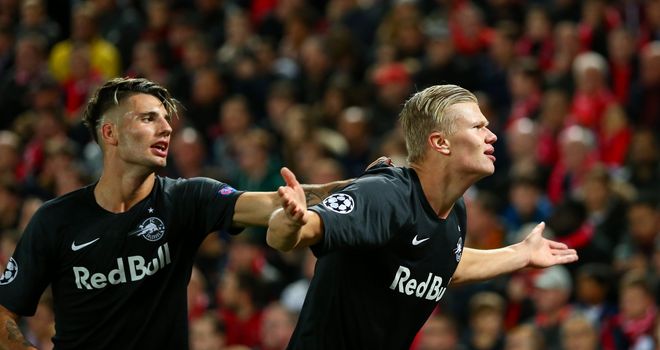 Haaland scored in the return fixture at Anfield earlier this season

"This is not a new theme," said the American, who left his role as New York Red Bulls boss in 2018 to become RB Leipzig's assistant head coach.

"At one point in a press conference we had a joke that every day there was a new team that was interested. It's natural, Erling has had such a great season.

"Even when he talks here, he is relatively humble and quiet - it's easy to see he is likeable and he cares about the right things. You guys don't get to see him every day, like I do, but it's one of the things that make him special - what he says is what he believes.

"When he comes every day with energy for the group he cares so much about the team and team success. He has handled himself incredibly well.

"Given all the talk around what could potentially happen, we've communicated with Erling and his father to make sure we can stay focused on all the things that matter in the moment."