Chelsea, Man City target Ben Chilwell worth more than £50m and Leicester confident he will stay

Chilwell a target for Manchester City and Chelsea 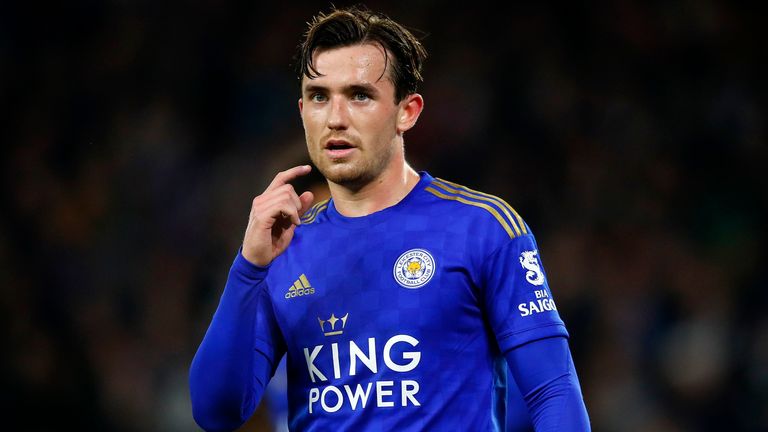 Leicester are keen to keep hold of Ben Chilwell this summer

Leicester City do not want to sell Ben Chilwell in the next transfer window - even if they are offered in the region of £50m.

The 23-year-old England left-back is a target for Chelsea and Manchester City this summer, but the Foxes are confident Chilwell is happy in the East Midlands and that qualifying for the Champions League will encourage him to stay.

Brendan Rodgers' side are third ahead of the Premier League restart and eight points clear of fifth - making a return to Europe's top competition likely.

The club are also said to be wary of a lack of value in the market should they need to identify a replacement, with their difficulty in finding one for Harry Maguire last summer firmly in mind.

Bosses at the King Power Stadium are said to be relaxed about Chilwell's situation, considering he still has four years left to run on his contract and a belief that his value will only increase in the years to come. 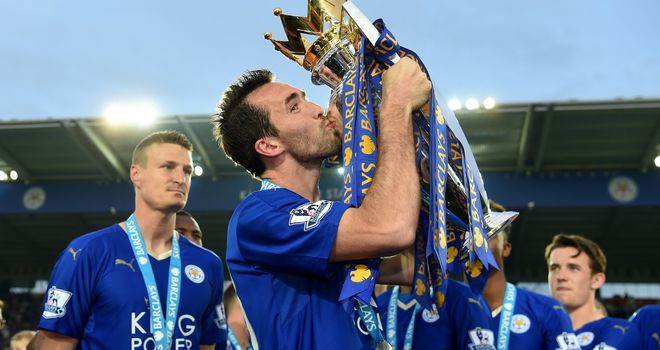 Christian Fuchs, who won the Premier League with Leicester, is out of contract on June 30

The left-back position is also a key area Leicester want to address regardless of Chilwell's future, with back-up Christian Fuchs' current contract set to expire on June 30.

Rodgers' is keen for the 33-year-old to sign a further one-year extension - but Fuchs has made no secret of his desire to re-join his family in America in the near future, despite being pleased with his level of involvement this season

Rodgers is a keen admirer of young left-back Luke Thomas, who turned 19 last week and was the only member of Leicester's U23s to feature for the senior side in friendlies last week.

But the manager does not feel that Thomas - an England U18 international - is ready to be a first-team regular, and that is also forming part of the club's thinking behind trying to keep Chilwell beyond this summer.