Fulham midfielder Kevin McDonald considering loan options or moving into coaching; Scotland international was not named in Fulham's Premier League squad for the current season; McDonald has been helping coach the club's under-23s 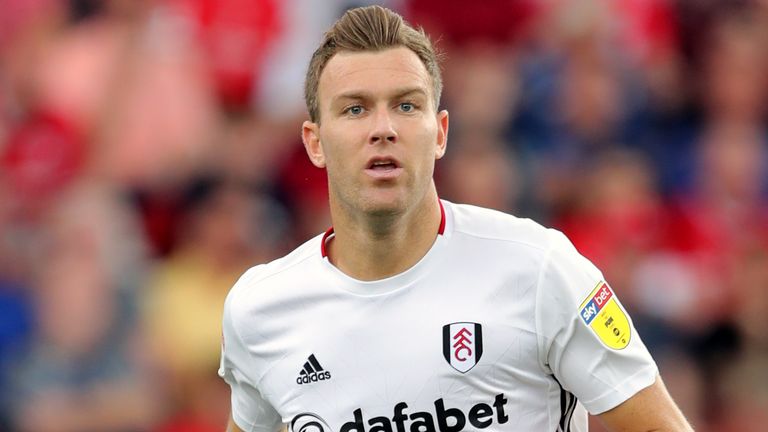 Kevin McDonald is weighing up whether to continue his playing career out on loan or retire and take up coaching full-time at Fulham.

The 32-year-old Scotland international was not included in the Whites' Premier League squad this season but has been helping coach the U23s at Motspur Park.

Several Championship clubs have enquired about his availability on loan but, with just over four days left of the January window, he is yet to have a concrete option.

Having been a considerable servant to the club, helping them win promotion to the Premier League twice, it is understood Fulham would not stand in his way if he opted to go elsewhere but are keen to keep hold of his experience helping their younger players.

McDonald has almost 500 senior appearances under his belt for seven clubs including Wolves and Sheffield United, and five caps for Scotland.

He is one of three central midfielders who were not named in the Fulham squad this season. The others were Stefan Johansen, who has joined QPR on loan, and Jean Michael Seri, who is close to a move to Bordeaux.