Ex-Chelsea striker Diego Costa is in negotiations over a two-year deal to sign for Palmeiras - the club he supported as a boy. He is set to return to his hometown of Sao Paulo after 15 years in Europe 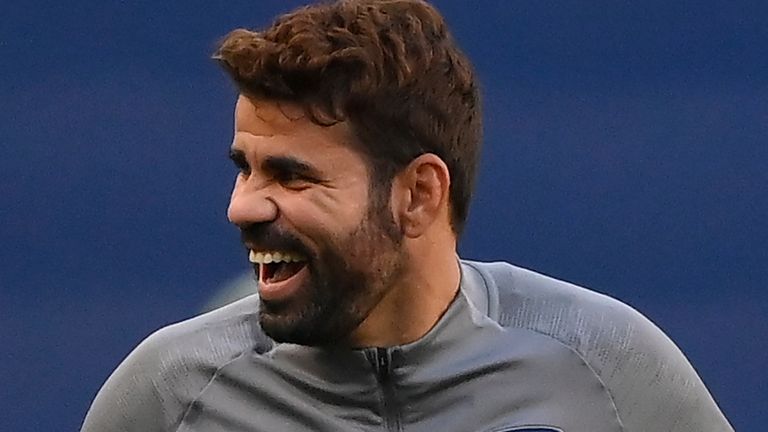 Diego Costa is closing in on a return to Brazil to play for his beloved Palmeiras.

The 32-year-old, who left Atletico Madrid in January, is in negotiations with one of the biggest clubs in his hometown of Sao Paulo - and the one he supported as a boy.

Palmeiras have offered him a two-year deal worth around £2.6m per year after tax. The player is currently in Brazil.

Costa had been in talks with clubs in Turkey, Qatar and Saudi Arabia since leaving Atletico.

Saudi Arabian side Al-Shabab came closest to meeting his requests but no club was able to agree terms.

He had also been offered to clubs in the Premier League, with one top-six team offering him a deal until the end of the season, which was turned down.

Costa began his career as a youth for Sao Paulo-based side Barcelona Esportivo Capela before moving to Portugal to begin his senior career with Braga.

He signed for Atletico Madrid just a year later but did not break into the first team until the 2010-11 season, after various spells out on loan, but it was not until the 2013-14 season that he really made his name, scoring 36 goals in all competitions.

Costa signed for Chelsea in the summer of 2014, where he was immediately prolific under Jose Mourinho, scoring 20 Premier League goals on his way to the title in his first season.

He returned to Atletico in 2018 with 59 goals in more than 100 appearances and two Premier League titles to his name.

Although born and raised in Brazil and twice playing for his country, Costa qualified to play for Spain after becoming a citizen, having only played for Brazil in friendly matches, and he went on to score 10 goals for them.