La Liga: Barcelona convinced they will be able to sign players this summer 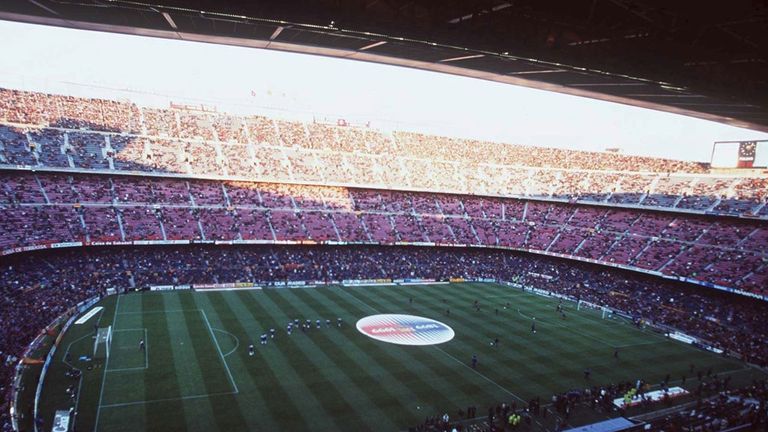 Nou Camp: Barcelona convinced they will still be able to sign players this summer

Barcelona remain convinced they will still be able to sign players this summer as they work on their appeal against the FIFA-imposed transfer ban.

Vice president Manel Arroyo said at a press conference the club were working on their appeal with the Spanish Football Federation.

The Catalans were hit with a year-long transfer ban for breaching FIFA's rules on the transfer of players aged under 18.

Arroyo said: "We're working on an appeal that will give us an interim suspension of the transfer ban."

He added: "We want to have a normal summer. We're convinced that we will be able to sign new players.

"It's a significant ban and our legal team is working so that we'll be able to sign new players this summer."

Barcelona are prepared to take their fight to the Court of Arbitration for Sport if necessary and the transfer embargo will be suspended until the final decision.

The appeal should allow the deals already agreed for Borussia Moenchengladbach keeper Marc-Andre ter Stergen and Croatian 17-year-old Alen Halilovic, who turns 18 in June, to go through.

Arroyo also gave his backing to sporting director Andoni Zubizarreta, saying he "has the complete and absolute support of the board" and that "he has a lot of work in front of him".

The vice president also revealed Barca could make changes to their famed youth system in the coming seasons in the wake of the FIFA ruling.

"We'll study the formats in which youth football currently works in order to improve the process," he said.

"We constantly self-analyse. If there are any processes that take us to the brink of breaking any rule, we'll revise it. There's an ongoing internal investigation."