Preston and Ipswich among clubs keen on Exeter's Jayden Stockley 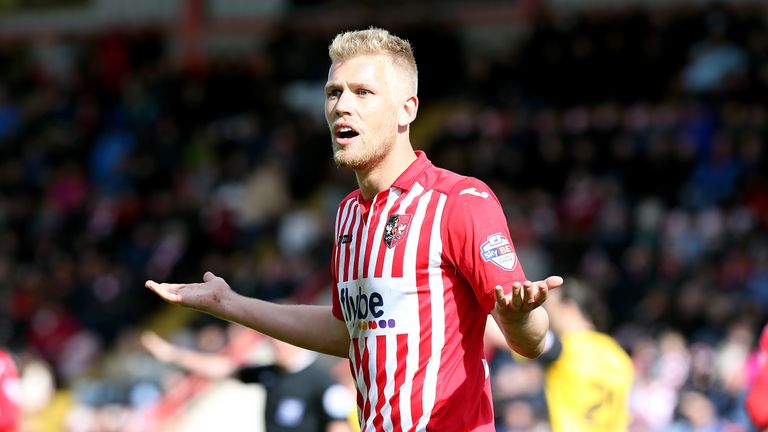 Exeter forward Jayden Stockley is attracting interest from a number of EFL clubs, according to Sky sources.

Preston and Ipswich are understood to be keen on Stockley, who scored 24 goals in 45 appearances last season.

MK Dons manager Paul Tisdale signed Stockley from Aberdeen for a club-record fee while at Exeter and is interested in reuniting with the 24-year-old.

It is understood Sunderland also held an interest in Stockley, but are currently focusing their attentions on securing a deal for Bradford striker Charlie Wyke.

Stockley began his career at Bournemouth and spent time on loan at Portsmouth, Luton and Exeter before joining Aberdeen on a permanent basis in 2016.

He spent a season in Scotland before joining Exeter last summer, where he went on to enjoy the most prolific spell of his career so far.

Stockley has one year remaining on his current contract at Exeter.