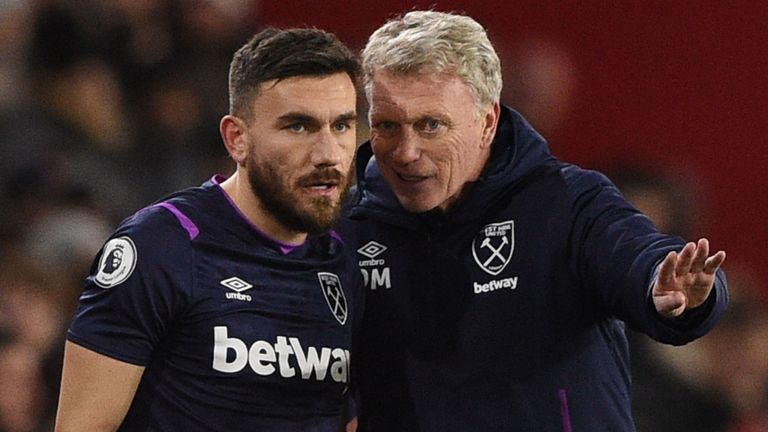 The details of West Ham's next batch of fixtures for the Premier League restart have been confirmed.

David Moyes' side return with a home fixture against Wolves on Saturday June 20 in front of the Sky cameras before they are present again to witness their London derby at Tottenham on Tuesday June 23 at 8.15pm.

The visit of Chelsea at 8.15pm on Wednesday July 1, followed by their long trip to Newcastle on July 5 at 2pm, will also be shown on Sky Sports.

Sky Sports are showing 64 live Premier League games of the Premier League's resumption. In addition to the 39 matches already scheduled to be broadcast exclusively live on Sky Sports before the coronavirus interruption, 25 more matches will be available on both Sky Sports Premier League and Sky's free-to-air Pick channel, allowing the whole nation to be part of the return of live sport.

West Ham fixtures: Dates and times to be confirmed