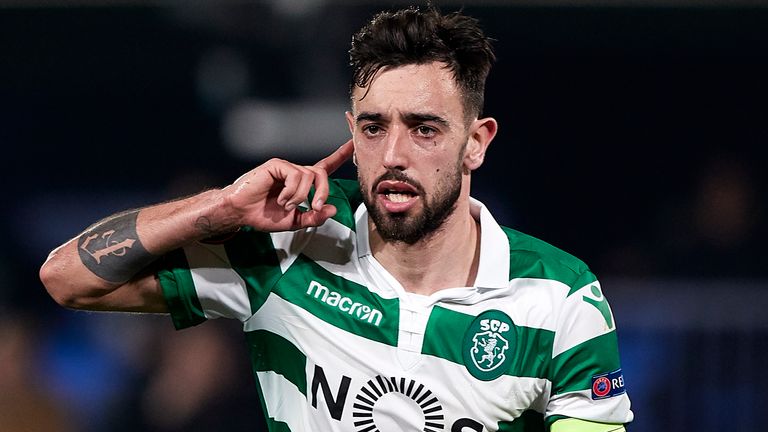 Bruno Fernandes could be on his way to the Premier League

Manchester United are in talks with Sporting Lisbon to sign Bruno Fernandes - but what would the Portugal midfielder bring to Old Trafford?

The 25-year-old is United's primary creative-midfielder target in January and while the two clubs are currently far apart in their valuations, Sky Sports News has reported Fernandes wants to join Ole Gunnar Solskjaer's squad.

So what type of player is he and where would he fit in? Fernandes is a central midfielder who has it all.

Creative flair? Sure - skilful Fernandes has seven assists this season, which places him second on the goal creators list in Portugal, while no player has created more than his 55 chances.

Defensive strength? Tick - Fernandes can put his foot in too. He has won 111 duels this season, the fifth-highest total in Portugal's top flight, and his 12 recoveries in the opposition's attacking third ranks tied-fourth.

Goal threat? He has that too, having scored eight goals this season and recorded the highest number of shots (23) in his division. He has scored some real stunners from long range but last season's tally of 20 strikes in 33 league appearances - and 33 goals from 53 games in all competitions - highlighted his transformation into a dangerous finisher in and around the box.

With his team in or out of possession, Fernandes has strong attributes across the board.

How does he compare to Man Utd's midfielders? 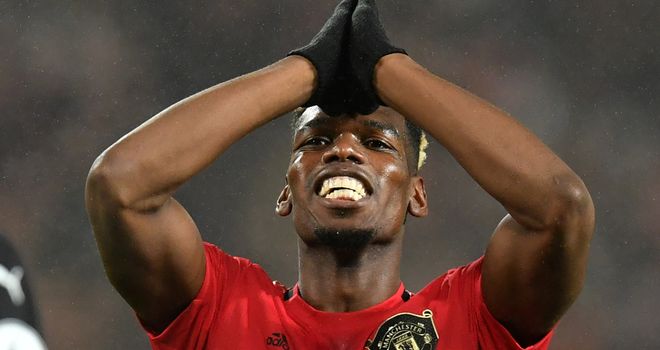 With Paul Pogba sidelined after undergoing surgery on his ankle and Scott McTominay out for a couple of months with a knee ligament problem, Solskjaer is short on numbers in central midfield, with just Fred, Nemanja Matic and Andreas Pereira at his disposal.

However, should Fernandes arrive, he would do more than simply make up the numbers. He would be a quality addition to United's side, bringing both defensive and attacking traits they have been lacking, and becoming a first-team regular regardless of who is fit.

Fernandes has outscored Fred, McTominay, Pogba and Pereira combined this season and he has more assists than that quartet put together, too. 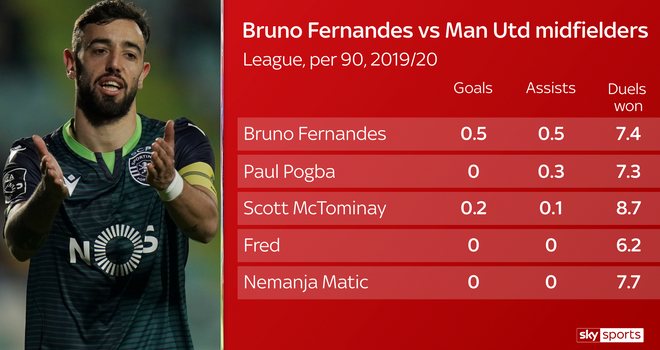 Of course, the standards in the Portuguese Primeira Liga are not at the same level as the Premier League and Fernandes will have some adapting to do. But the signs are that Fernandes has the attributes required to succeed on these shores - and he has experience of playing outside of Portugal too. Fernandes has become a Portugal regular

Fernandes has risen to prominence in his native Portugal, picking up the Primeira Liga player of the year prize for the past two seasons and helping his country to Nations League success on home turf last summer.

However, Fernandes' early steps in professional football came in Italy. After starting out at Portuguese side Boavista, Fernandes moved to Novara, near Milan, in 2012 for his first taste of senior football in Italy's second tier.

Within a year, Serie A side Udinese had snapped him up. His star continued to rise and after a season on loan at Sampdoria in 2016/17, Sporting brought Fernandes back to Portugal where he has blossomed ever since and gone on to become a Portugal international.

Now ready for his next step, Fernandes could be on his way to the Premier League - and that is exciting news for Manchester United supporters.