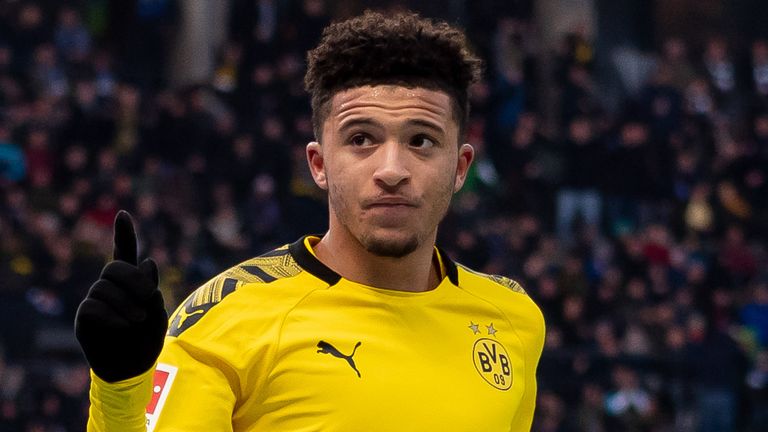 Borussia Dortmund will demand at least £100m for Jadon Sancho this summer, with Manchester United and Chelsea interested in bringing the winger back to the Premier League.

The forward, who turns 20 next month, has become a full England international since joining Dortmund from Manchester City in 2017.

City have the option to match any bid for Sancho as part of the agreement and means the Bundesliga side have to keep them informed if another club comes in.

However, as it stands, City are not considering Sancho as a target and are ready to let that agreement lapse, so it would not stand in the way of him joining another Premier League club.

Sancho is attracting interest outside England too, but his next move is not yet close to being decided.

'There will be offers for Sancho'

Sky in Germany reporter Jesco von Eichmann said: "He will leave Dortmund this summer, that's for sure.

"It's not clear to which club he will change.

"Manchester United is one of the big clubs that are interested, that I've heard.

"Michael Zorc, the director of Dortmund, said last week in an interview that he hasn't had an offer for Jadon Sancho yet. Today, I asked him again, and he just smiled! "There will be some offers for Sancho in the future. He is improving. He was very tired at the end of the first part of the season but now he's very fit and performing very good. He improved his behaviour.

"He had some trouble coming in on time - he came more or less late every day. He changed that and he is really improving.

"He is working hard in training so (head coach) Lucien Favre is pretty happy with him right now.

"I guess he thought over some things in the winter break and now he is working like the professional that he wasn't before."

Sky Sports News have contacted Manchester United for comment and are awaiting their response. 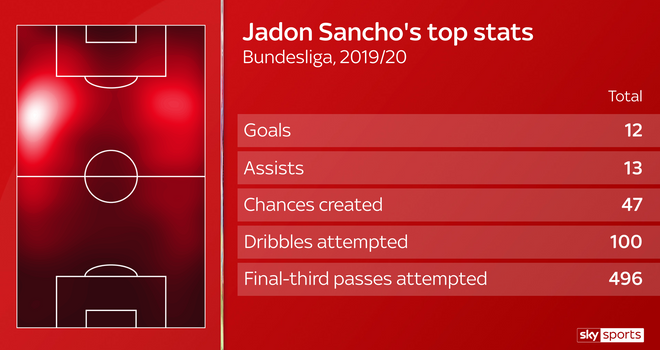 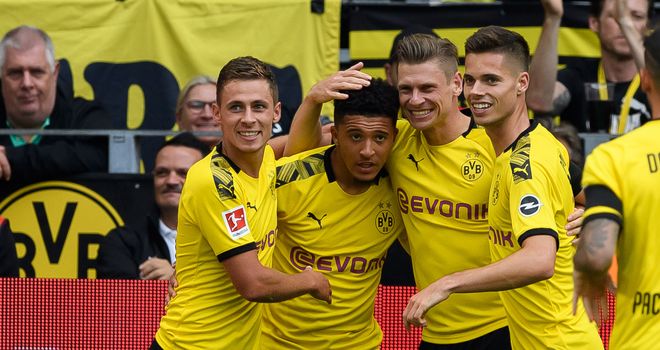 Sancho left Manchester City at the age of 17