Watch Alvarez vs Fielding live on Sky Sports on December 15.

Canelo looks to become a three-weight world champion with victory over Rocky Fielding.

World middleweight champion Saul 'Canelo' Alvarez would welcome a third meeting with Gennady Golovkin if the public demand it after he faces Rocky Fielding.

Canelo is the only man to have beaten 'GGG' in the paid ranks, claiming a majority decision win over the Kazakh fighter in September, in a contest that was rearranged after Alvarez was forced to serve a six-month suspension when he tested positive for the banned substance clenbuterol.

The Mexican superstar firstly steps up to super-middleweight where he will challenge Fielding for the WBA 'regular' title, to be shown live on Sky Sports on December 15, but is open to coming back down for a trilogy fight with Golovkin.

Canelo has tasted defeat just once in his 53-fight career, losing on points to Floyd Mayweather Jr back in 2013.

Mayweather came out of retirement to fight Conor McGregor last year, extending his perfect record to 50-0 with a 10th round stoppage win against the Irish MMA fighter who was making his pro boxing debut. 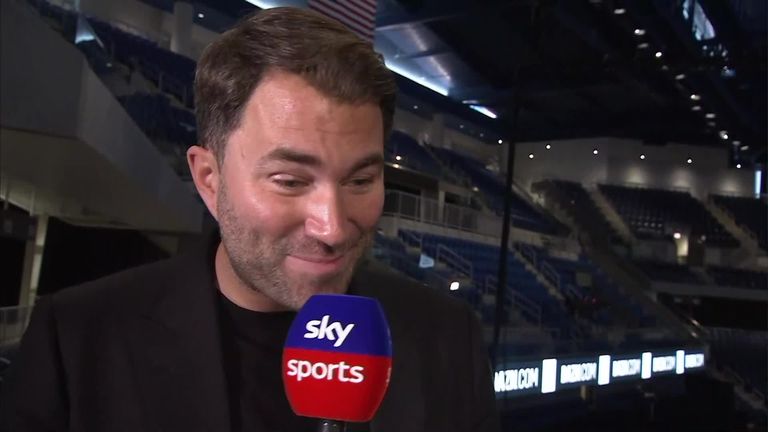 Eddie Hearn explains how the Saul 'Canelo' Alvarez v Rocky Fielding bout came to fruition and says it is 'the opportunity of a lifetime' for the Liverpool fighter.

Mayweather recently teased the prospect of coming out of retirement for a second meeting with Manny Pacquiao, but Canelo says the American should instead face him although he concedes it is an unlikely prospect.

Asked if he thought Mayweather would be open to a rematch, Alvarez said: "I don't think so. He doesn't want to risk a second fight with me.

"You know if he wants to return and have fights, he should return and fight me. It would be tough for him but I know that he wouldn't want to take that risk."

Canelo's immediate concern is a clash with Fielding and the popular Merseysider is relishing the prospect, saying: "To get a phone-call saying that Canelo wants to move up and fight you, I wasn't knocking that back.

Canelo is the best and if you want to be the best you have to beat the best.

"He [Canelo] is the best and if you want to be the best you have to beat the best.

"I've been asked if I want to take the fight and yes of course I do."